York & Albany get ready for their summer beach hut pop-up 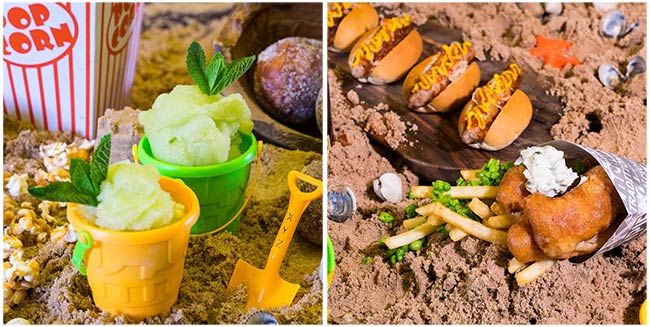 With spring well and truly here, now everyone's allowing themselves to think forward to summer - and York And Albany in Camden is getting ahead of the game with the launch of their latest pop-up, the York & Albany’s Beach Hut.

The outside courtyard will be transformed into a shoreline scene with sand and deckchairs, while their hut will be decorated in candy-coloured stripes. Inside that hut, there will be special seaside cocktails and snacks too. There will be seaweed Martinis and Barcardi rum slushies served in mini buckets with spades for spoons and the very summertime Pimm’s-spiked ice-lollies. As for food, they'll have mini fish ‘n’ chips, mini Cumberland sausage rolls and pots of pickled seafood. Three's also a Beach BBQ menu of grilled burgers and veggie kebabs served with a side of coleslaw, chips and potato salad.

For desserts, there's raspberry custard doughnuts, banana split ice-cream and the touch we really like the idea of - a D.I.Y ice-cream machine with soft serve scoops of strawberry cheesecake with candy floss and caramel popcorn.