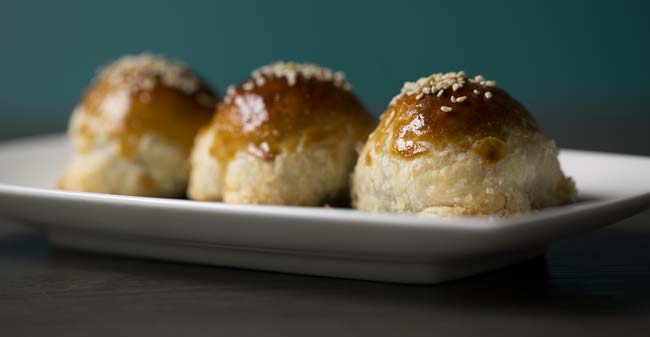 While Alan Yau is just opening a new place next to the original Yauatcha, the Hakkasan group are moving further afield with their next venue, opening on Broadgate Circle (which itself have loads of openings in the next few weeks). So if you're in the City and have a craving for a venison puff (of which we are still massive fans of at Hot Dinners), you won't have far to go.

As with the original, Yauatcha City will have all-day dim sum with a menu by Chef Tong Chee Hwee who was previously Head Chef of the original Hakkasan Hanway Place and Executive Head Chef of Hakkasan worldwide. Dishes promised for the menu include Scallop shui mai, Prawn and beancurd cheung fun and those Venison puffs that were such hits at the original Yauatcha. There will be 38 types of tea alongside that plus cocktails inspired by Chinese ingredients too.

And there will be a completely standalone Yauatcha Patisserie on the ground floor too, selling macarons, petits gateaux and chocolates.

The restaurant itself is spread into quite a few areas and will seat almost 200. So there are two bars, two outside terraces (each seating 50) and a big restaurant with plenty of booths. And expect everyone to look great too as the managers and the Maitre D will be kitted out in Diane von Furstenberg dresses (like the original).

Yauatcha City opens in Broadgate Circle on 20 May (reservations open 20 April on 020 7494 8888). For more information, follow them on Twitter @YauatchaCity

For more on the openings at Broadgate Circle - check out our full round-up.