Wringer and Mangle take over the Laundry Building in London Fields 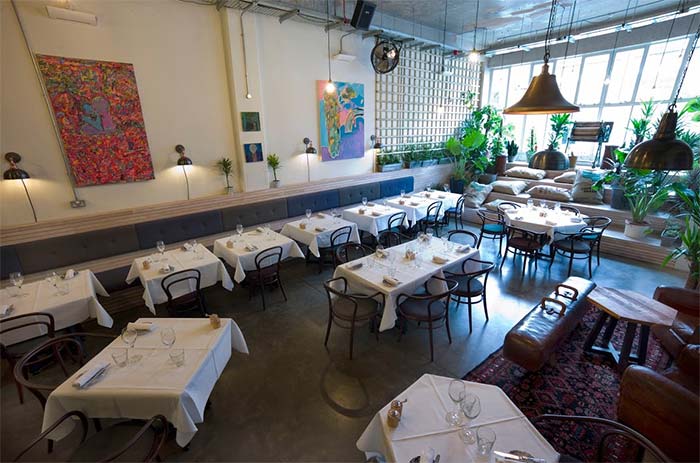 We've had a Chinese Laundry and a Coin Laundry is on the way and now there's a third laundry related restaurant (albeit a re-launched one) opening up as Wringer and Mangle in London Fields.

It comes from the founder of the Hoxton Pony. That's Gerry Calabrese and he's brought in his brother Jon Calabrese to look after the drinks menu too - with a gin focused cocktail list. As for the food, that's being managed by Oisin Coyle, who's previously been at Terroirs and Skylon. Expect starters like pigs head terrine and brown shrimp with kohlrabi (all £6.50) and mains like glazed pork cheeks, roast chicken, whole lemon sole and more (all at £9.50).

There will obviously be a big focus on weekend brunches (a big thing in the area) and they'll be bringing in "build your own" Sunday roasts too.

Plus they'll have a traditional afternoon tea from 2-4pm, so expect lots array of sandwiches, pastries and cakes and hand selected teas, or gin cocktails to while away the afternoon.

It's right opposite the London Fields brewery, taking over the Laundry building which has hosted a number of residencies over the years. The revamped space will seat 250 and still make use of that big heated courtyard too.

Wringer and Mangle is now open at The Laundry Building, 13-18 Sidworth Street, London E8 3SD. For more, follow them on Twitter @Wringer_Mangle.