Written by Nancy Smallwood
Created: 10 May 2017 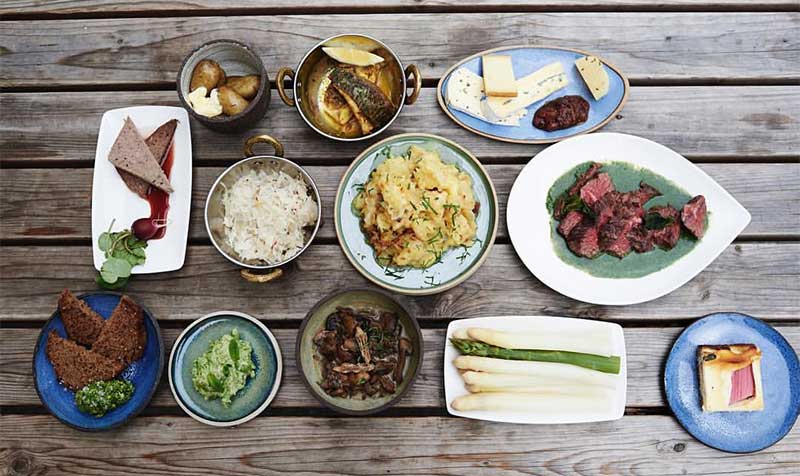 What: The White Asparagus

In a nutshell: White asparagus takes the spotlight at this German pop up

Summing it all up: Get stuck into traditional German food like bratkartoffeln, onglet with nettle sauce and more, all heaped with white asparagus harvested at the peak of the season and imported from head chef Sebastian Delamothe’s family’s farm in Germany.

If you’re determined to enjoy every last bit of this year’s asparagus season, then get down to The Cuckoo N1 who’re hosting a special seasonal residency from The White Asparagus.

The White Asparagus will be serving up German cuisine - something we don’t see popping up often in London - with a suitably large spotlight on white asparagus.

You’ll be able to tuck into super fresh white asparagus, served up with other traditional pairings from all over Germany, like Cumberland sauce, the Berlin dish of panfried stonebass with curry butter, morel and mushroom ragout, or onglet with nettle sauce from Hessen. You can also try Grandma Inge’s White Asparagus Soup, or the gloriously carby German dish of bratkartoffeln - buttery potatoes fried with onions.

The kitchen will be led by head chef Sebastian Delamothe, who should know a thing or two about the humble vegetable, given his family’s farm back in Germany churns out floods of the humble veg this time of the year. He begins the residency with ample experience behind him, including Michelin-starred La Vie, as well as supper clubs.

More about The White Asparagus