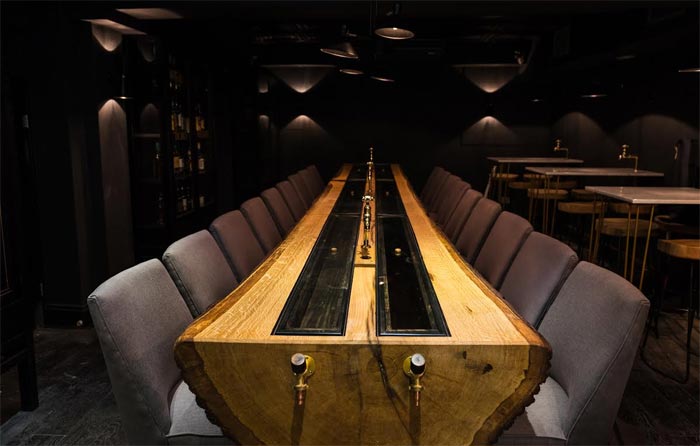 It's all about the whisky at the moment - with incoming news that the same people behind the Worship Street Whistling Shop are opening Black Rock, a whisky bar in Shoreditch.

In that bar, we're to expect a stripped-back space with "a hip-hop, electro-funk soundtrack". But the centrepiece - in a big reference to the aging process - will be an 18ft, 185 year old oak tree-trunk (that's it above). You'll be able to sit on either side, while the trunk itself apparently acts as an interactive cocktail ageing system. Under a glass top, it'll be lined with American charred oak and toasted European oak - with two cocktails being aged down the middle. It sounds mad (in a good way).

And there are snacks too:

Sign us up for the haggis balls for sure...

Obviously there will be MUCH whisky to try outside of the cocktail list with 250+ bottles on view, all available by a simple three-tier price point for a dram. And there will be tastings too.