Where to order a Tomahawk steak in London 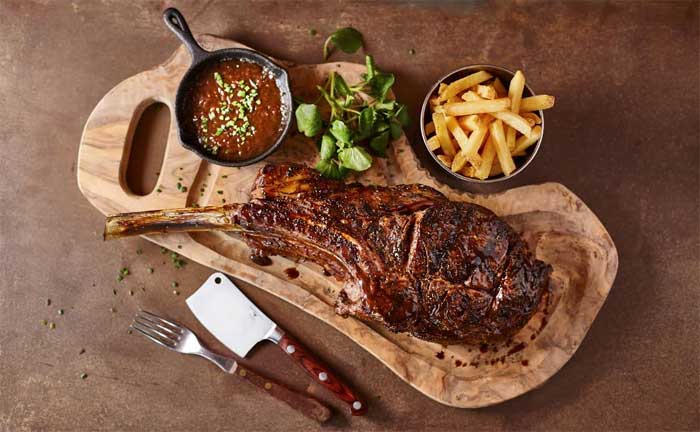 If a normal sized steak just isn't doing it for you - behold the Tomahawk special that's just gone on the menu at the new Meat and Shake in Ealing. It's part of their a new smokehouse menu and is 1700 grams of on-the-bone beef served with fries and sauce. The price of such meaty nirvana? £55 and you have to pre-order it 48 hours before.

4 other places to order a Tomahawk in London

Meat & Shake Ealing is now open at 17A The Green,  London W5 5DA. Keep up with their news on Twitter @MeatandShake