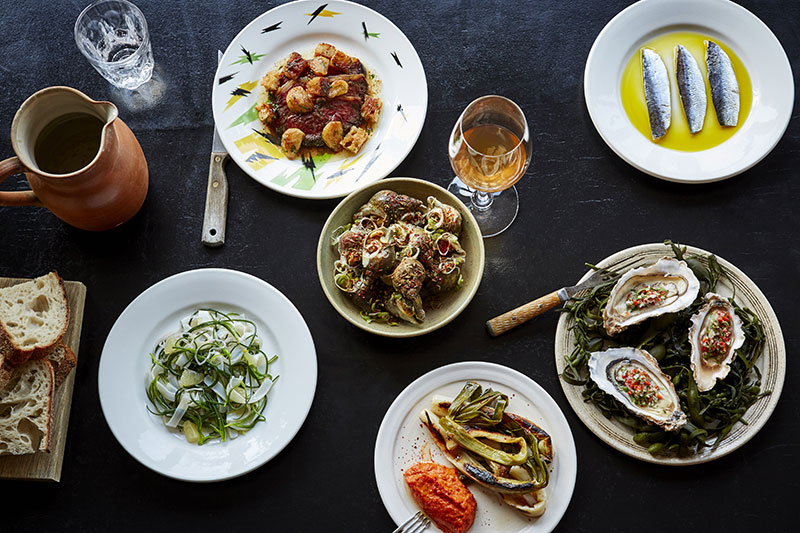 In a nutshell: Seafood and more comes to Highbury from team behind Primeur

Summing it all up: The people behind the very successful Primeur are opening a second restaurant. British flavours and Devonshire seafood will be at the heart of this retreat just around the corner from Holloway Road.

The team behind Primeur (their food pictured above), which opened a few years ago as a neighbourhood restaurant in buzzing Stoke Newington (see more here), is at it again, bringing a new restaurant to Lower Holloway called Westerns Laundry.

The menu will comprise of seafood and other British Isle-sourced produce, much of which will come from fishing boats from Devon and Cornwall, and will include sea bass and seaweed tartare, £7.50, raw scallops with Le Coste olive oil, £8, and chargrilled mackerel with miso and chilli for £11, though this will likely change seasonally (much like the ever-changing menu at Primeur).

Apart from fish, there’ll also be pork loin with chopped greens and basil, or beef rump with roast garlic butter, with meat sourced from a collective of farms in North Yorkshire. For dessert, there’ll be some enjoyably British sweet treats like green apple sorbet, £5 or custard tart, £6.

In terms of wine (which again was always a big thing at Primeur), you’ll be spoilt for choice with a whopping 200 odd bottles resident in Western Laundry’s exposed wine cellar, with an emphasis bottles from low intervention producers. There'll also be rotating ‘wine verticals’ which will act as a showcase for individual producers. Oh and if you really want to push the boat out, ask for the leather-bound, handwritten, ‘black book’ featuring fine wines and older vintages. On top of that, you can try specialist beers imported from Belgium, or plenty of spirits, vermouths and G+ts, if those are more your speed.

Westerns Laundry will be tucked away in Drayton Park, and should go some way to providing a little oasis of calm away from the noise of the nearby Holloway Road, with diners being promised a “calming forecourt” lined with Himalayan Birch trees. There'll be counter dining too, with space for 10 overlooking the open kitchen and there'll also be a private dining room seating 14.

Compared to Primeur, flavours should be lighter and more delicate, says chef David Gingell. The menu will be “rooted in British flavours but influenced by our favourite aspects of Southern Europe with the occasional nod to Asia, with raw fish, shellfish and smoky flavours from a Robata grill.”