[SIGPLUS_EXCEPTION_SOURCE] Image source is expected to be a full URL or a path relative to the image base folder specified in the back-end but /blog/2012/vivek/gallery is neither a URL nor a relative path to an existing file or folder.
0
Shares

We chat to Vivek Singh about his new opening, Cinnamon Soho 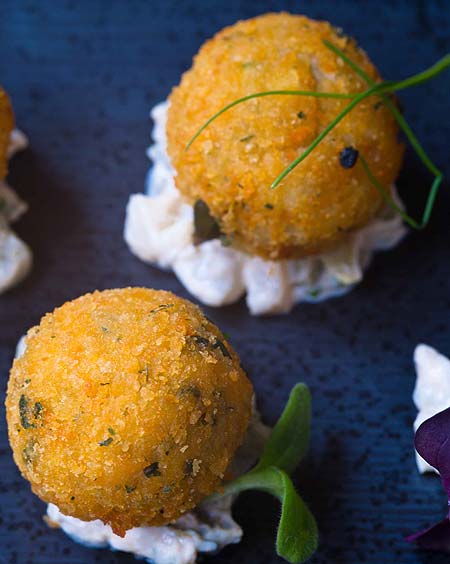 A regular TV fixture on shows like Masterchef and Saturday Kitchen, Vivek Singh opened Cinnamon Club in Westminster in 2001 and since then has expanded to the City with Cinnamon Kitchen opening in 2008. Now he's moving closer to the centre of town with a new place, Cinnamon Soho opening this month on Kingley Street. Hot Dinners caught up with Vivek to find out what we can expect from his latest place.

So when can we expect to try Cinnamon Soho?

I think it's going to be the first day of Spring - 21st March. But don't hold me to it!

Why did you choose Soho?

I think it's more a case of 'Why not Soho?'. It's buzzing, the area's energetic, there's lots of creatives around - it's the kind of people we attract anyway in both our other restaurants. Soho's always been a draw for us, so we had been looking there - not necessarily as part of some big grand plan, but more aspirationally. So when this came up we snapped it up.

How will it differ from Cinnamon Kitchen and the Cinnamon Club?

It's very different to whatever else we're doing. Both our other restaurants are reasonably big - one is about 250 seats, the other is 150 seats with a massive bar. This is really tiny - just 75 seats, and very difficult food on the menu too.

We hear the menu's going to reference British favourites?

For the first time ever I'm doing a Keralan spiced seafood pie, and a rogan josh pie - so that is what one considers a nod to British favourites. But the menu carries the same ethos of innovation and creativity and cooking with seasonal products and Indian spices. The difference being that the food will be much simpler - it won't be handled as much. There won't be as much an emphasis on plating with 16 different ingredients.

Is there anything in particular you want people to know about?

The menu has a few things I'm quite excited about - one is an all-balls section. Which is a selection of half a dozen different kinds of things that are traditionally cooked as balls in India. So we have potato fritters with chickpea batter coating, North Indian Beef Shammi Kebab - ground beef kebabs cooked with yellow lentils and sweet spices, shaped as balls at Cinnamon Soho and served deep-fried, a Hyderabadi Style Vegetable Shikampur - a ground vegetable kebab filled with spiced yoghurt, mint and onions and there's lamb kofte and the Bangla Scotch egg.

People are going to want to know about the Scotch egg...

Well if you travel in India on the trains, especially anywhere out of Calcutta you find vegetable cutlets being sold Bengali-style. There's a mix of whatever vegetables are in season, carrots, cauliflowers, potatoes but then the salient ingredient is beetroot and it's got that beautiful vibrant purple colour - it's a fantastic vegetarian street snack. The cutlets made their way into the clubs during the days of the Raj - so it's a proper Anglo-Indian dish in that sense. What I'm doing is taking the Bengali vegetable cake and coating it on top of a boiled egg as you would do a scotch egg with sausagemeat. It's served the same way you'd serve a Scotch egg and comes with mustard and a tomato ketchup dressing.

And there's going to be tasting plates, we hear?

Yes, all day tasting plates - small tapas-style dishes that are accessible in terms of price and you can have them any time of the day or night. So if you've just finished shopping and want to grab a snack you could do that mid-afternoon. Or if you're meeting friends after work for a couple of drinks and feel a bit peckish - there's something there for you.

Will you open late?

Opening hours will be 11am to 1am. There is a bar, but not a separate bar with around five seats - but you can just pop in for a drink. The basement will be more of a dining space and the ground will be more of a drop-in, casual spot.

As for design, I'll use the word our designer uses a lot - Metropolitan cool is what he came up with. So it won't be street or communal tables - it's still quite diney, you're still sitting with the people you choose to sit with, not someone who's just walked in behind you. It's supposed to be a comfortable environment, not somewhere you get in and get out within 40 minutes because you can't bear the chairs anymore.

Are you thinking of having a soft launch?

We might have an offer where people may not be paying full price - depending on how settled we feel on the first few nights.

And after Cinnamon Soho, what's next?

I've got a Cinnamon Kitchen cookbook coming out later in the Autumn, so as soon as we've launched Cinnamon Soho I'll go back to writing the book.