Voodoo Ray's is coming to Peckham and they're bringing breakfast pizza 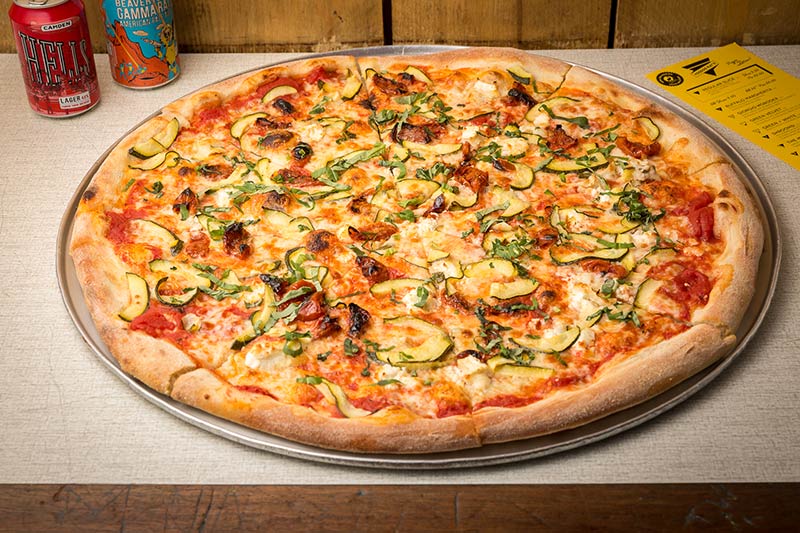 What: Voodoo Ray's in Peckham

In a nutshell: NYC-style pizza, brunch and cocktails

Summing it all up: The pizzeria is opening their fourth chain south of the river, and they’re going all out - 80 covers, a brand new cocktail menu, and rather excitingly, a whole selection of breakfast pizzas...

Waking up and wanting, no, *needing* pizza immediately - it’s happened to the best of us. Fantastic news, then, that breakfast pizza is coming to Peckham courtesy of Voodoo Ray's, and what’s more, there’ll be house Negronis for just £4.50(!).

It really does all seem to be happening down in Peckham at the moment, from the announcement of mega-project Peckham Levels to the Coal Rooms. And now, Voodoo Ray's, slingers of giant NYC-style cheese-laden pizzas, will be setting up with their fourth branch on Rye Lane. It’ll be their biggest restaurant yet with space for 80.

New for Peckham is brunch, which includes the tremendously exciting breakfast pizza and other more traditional morning foods like baked eggs which will be cooked in the deck oven. You’ll also be able to order delivery a couple of weeks after it opens.

We’ve been told that there’ll be a series of launch events, so if you’re keen to find out more, watch this space.

More about Voodoo Ray's in Peckham

Launch offer: 500 free slices across opening weekend and 50% off all food up until Sunday 1 October.