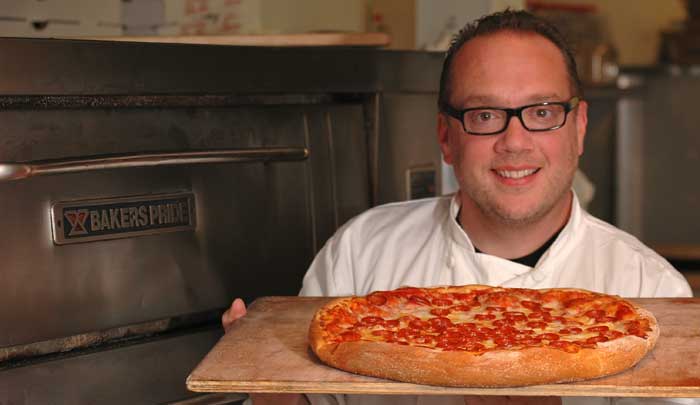 "I’m going to turn the pizza world on its ear in London." That's fighting talk, that is. And it comes from New Yorker Bruno DiFabio who is A Big Thing when it comes to pizza stateside. He's a six world pizza championship title holder and has 10 pizzerias across America. And now he's coming to London.

DiFabio's first UK restaurant willl open on Charing Cross Road in London and, if successful, is intended to be the first of many - with at least five planned across London over the next year. So what exactly is going to be so special about his pizza, you may wonder. Well, apparently it's down to their two-part fermentation pizza dough process. Aged for a minimum of 48 hours, it results in - and these are their words - "the most irresistibly delicious, crispy, super digestible and airy bread-like crust in the world."

NY Fold will open 3 July 2015 at 103 Charing Cross Road, London, WC2H 0DT. They'll be giving away free slices on their opening day between 12-2pm. Keep up with their news on Twitter @NYFold_London