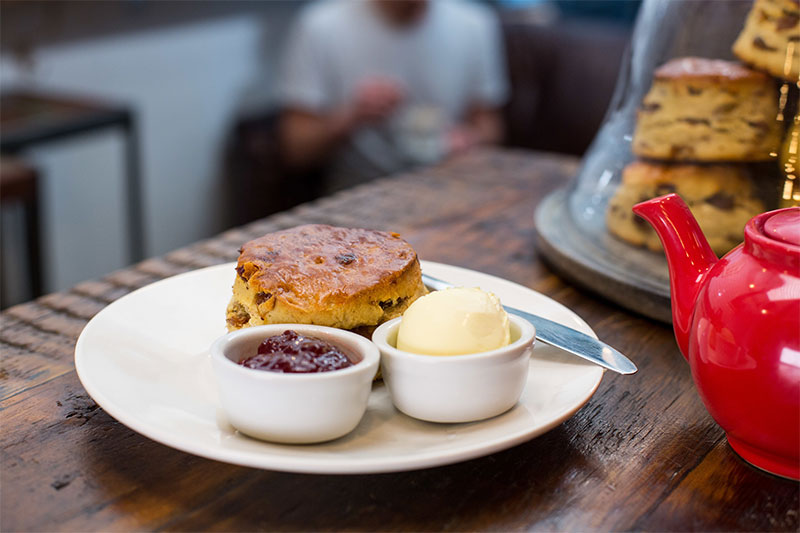 In a nutshell: Tea and cake

Summing it all up: This is the latest addition to the new St James's Market development, an English tea room. It's the second Urban Tea Room and you can expect the usual baked good, hot beverages and a decent afternoon tea.

If recent, Brexit-style news hasn’t put you off relishing your English roots, then there’s a treat in store. A brand new traditional-style English tea room will be opening in Soho, with a plethora loose-leafs, infusions and Allpress coffee on offer.

It’ll be the second store from Urban Tea Rooms, who’re setting up shop in the very newly redeveloped St James Market after establishing themselves down in Chelsea’s Kingly Court. They’ll be angling themselves at the office lunch crowd, as well as shoppers and visitors to the West End, so there’ll be plenty of British-style takeaway and eat-in options on offer.

For breakfast, you can try a Cotswold bacon bap, or a homemade croissant stuffed with ham and mature cheddar. At lunch, there’s quiches, plus a very healthy selection of sandwiches and soups.

But the real focus here, as it should be for any tearoom, is on the hot drinks and baked goods. Choose from infusions like Jasmine blossom, Cornish Peppermint and Earl Grey, among many. And the cakes - oh the cakes. Victoria sponge, walnut and coffee, Millionaire’s shortbread, scones with Devon clotted cream and strawberry jam, or mini Bakewell tarts.

Where is it? St James's Market, London SW1Y 4SB