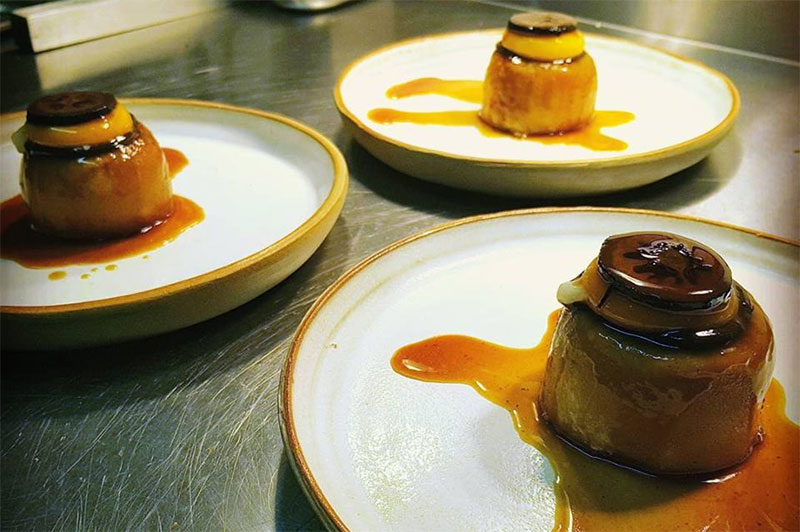 In a nutshell: Seasonal small plates in Hackney

Summing it all up: Grab a handful of sharing plates or go for the set menu at Nest’s new Hackney hideaway, where the three friends will be once focus on seasonal dishes that requires the kitchen to get in only one type of meat at a time. And if you’re a veggie, don’t worry - you get your own separate set menu.

The Nest trio, who had a tidy little pop-up earlier in 2017 with their City-based Summer in the Square turning out small plates and cocktails, have moved into their first permanent spot in Hackney.

Much like the pop-up, the three friends will be cooking up small, sharing plates that require only one type of meat in the kitchen at a time, all served from a short set menu currently priced at £28 a head. They’ll be starting with Aylesbury duck, before moving onto lamb later on in the year, and providing low intervention wines on the side.

Veggies will be catered for with a separate menu which sees the meat duck main replaced with duck egg and onion, alongside other substitutions like kale and seaweed, and a dish of carrot, orange marmalade and anise. An additional cheese course - which also includes some very nice sounding beer-pickled prunes - is available for a £4 supplement.

If you're not quite feeling the set menu then there'll also be a wider A La Carte, if that’s what you’re in the mood for.

In the kitchen, it’ll be former Harwood Arms and Anglo chef Johnnie Crowe, with Luke Wasserman and Toby Neill working front of house.