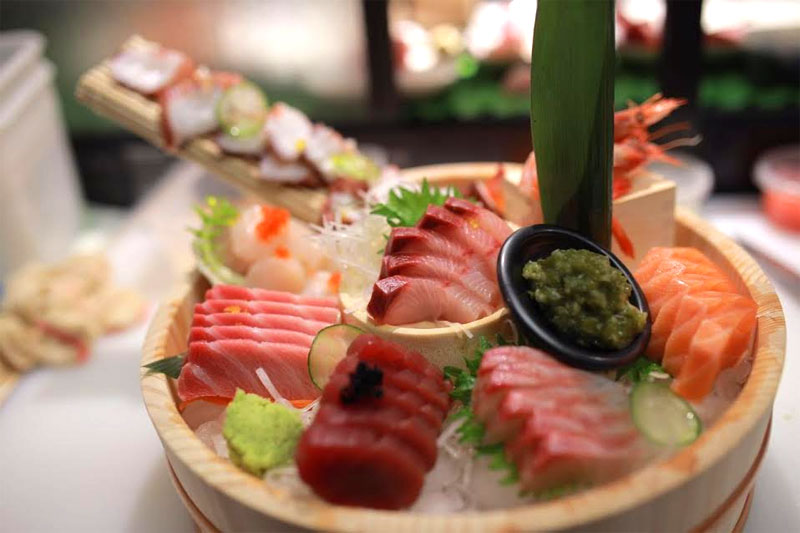 In a nutshell: Traditional Japanese food in in Shoreditch

Summing it all up: Shoreditch's newest Japanese restaurant has plenty of familiar favourites, from sushi to tempura, and includes some more exotic items, like baby octopus and sparkling sake.

Those after a taste of Japan can now head Sanjugo London, a new restaurant which managed to slip under our noses when it opened in December.

The restaurant, near Shoreditch High Street, will be dishing up Japanese fare that’s about as traditional as it gets, outside of Japan itself.

So what can you expect? Starters include all the usual favourites, like edamame and fried dumplings, as well as hiramasa salad, served with zingy ponzo dressing and white truffle oil (£9.90). If you’re a fan of tempura, you can try iidako karaige, also known as baby octopus tempura (£8), or the grilled hamachi kama fish (£12).

Fans of sushi and sashimi will also have ample choice, from classics like salmon and tuna to surf clam and amberjack, ranging from about £3.90 to £4.50. There’s also lots of maki hand rolls, including soft shell crab, spicy tuna and unagi eel, from £6 to £12 depending on the filling.

If you’re after a drink, there’s plenty of Japanese beers, while those partial to a flask of sake can sample the Miu sparkling sake (from £6.80).