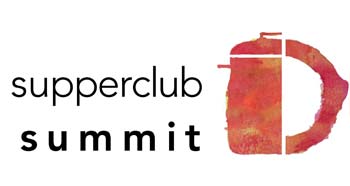 The list of supperclubs throughout London continues to grow and many rival some of London's best restaurants. Now foodie Florian Siepert is using his company Foodtrips to bring them all together for a huge series of never-to-be-repeated dinners throughout August.

From August 1 - 25 at the Goethe-Institut in London (the institute which promotes German culture abroad) German, British and international supper clubs will be creating a series of special one-off dinners.  The dinners will include partnerships between international and British supperclubs - up to 20 teams of supperclub experts are getting involved.

Hot Dinners got the early inside info on some of the supperclubs involved including:

Mama Lan PLUS Two Hungry Girls
The North London family enterprise that managed the transition to a bricks and mortar operation in Brixton Village meets the reigning champions of Chinese desserts.

This whole thing promises to be a quick sell out and an absolute must for London foodies looking to notch up some new experiences.  Tickets will are on sale now, so to make sure you get in early for your favourite and to see more of the supperclubs involved, go to their website.