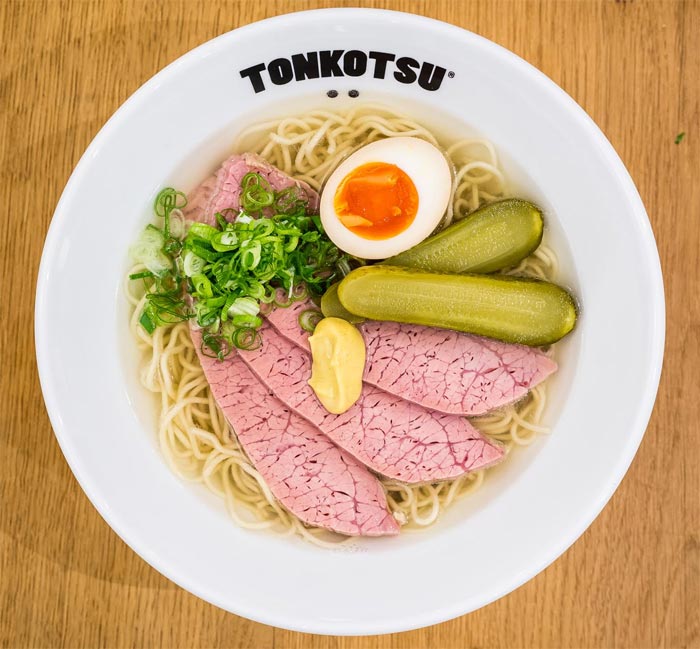 Tastes of Japan has just started over at Selfridges and for their part, Tonkotsu (in the Food Hall) is creating a special limited edition ramen - linking in with another dish the Food Hall is well known for via the Brass Rail sandwiches - Salt Beef Ramen.

It's chicken broth and classic noodles topped with Brass Rail salt beef and gherkin, Japanese mustard and the usuals - half a marinated egg, spring onion - and comes in at £12.

If you fancy some - head down to Selfridges from Monday 11 January - and it'll be on the menu for four weeks.

Tonkotsu is on the ground floor of Selfridges in the Food Hall at 400 Oxford Street, London W1A 1AB. For more from Tonkotsu, follow them on Twitter @tonkotsulondon.