Tonkotsu and Kricket team up for Karnartican Pork Ramen 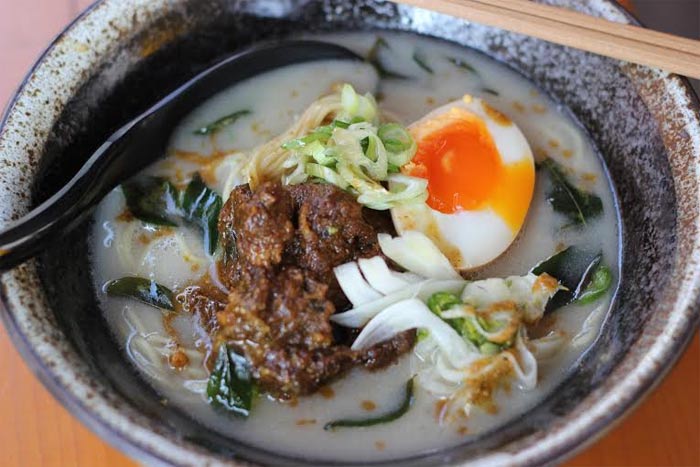 The next special ramen from Tonkotsu is almost here - and this time they're teaming up with Brixton's Kricket. Coming to Tonkotsu Mare Street is Karnartican Pork Ramen - that's Tonkotsu’s rich pork stock, thin-cut noodles and half a marinated egg with Kricket’s Karnartican pork belly, pickled fennel and gunpowder. It'll be £12 or you can match it with Paul John Brilliance single malt whisky for £14.

It's on from 1-3 April at Tonkotsu, 382 Mare St, London E8 1HR. For more, follow them on Twitter @tonkotsulondon and @kricketbrixton.