[SIGPLUS_EXCEPTION_SOURCE] Image source is expected to be a full URL or a path relative to the image base folder specified in the back-end but /blog/2015/tonic/gallery is neither a URL nor a relative path to an existing file or folder.
0
Shares 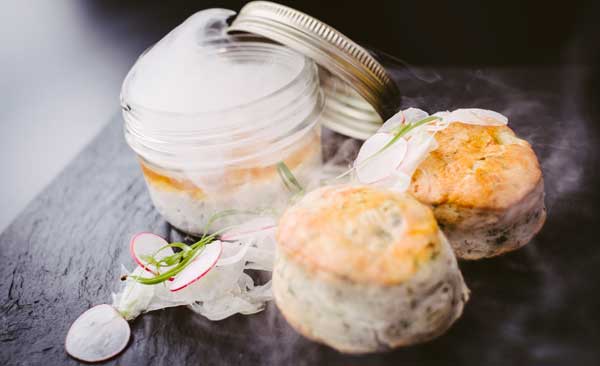 If you've been wondering about the futuristic hotel opening up on City Road, news reaches us of the first of two restaurants opening there. The M By Montcalm is going to have a restaurant inspired by the apothecary history of Shoreditch on its ground and mezzanine floors.

Tonic & Remedy is being run by Great British Menu chef Paul Welburn who was the Head Chef at Rhodes W1. He'll be putting dishes like his take on jellied eels together - Smoked Eel and Mackerel, Jelly and Seaweed Scones as well as wild garlic risotto and rump of lamb shoulder shepherd’s pie with greens. "It’s not a fine dining menu, just a refined menu, we want people to enjoy and feel good from eating at Tonic and Remedy." says Welburn.

The drinks side of things is being run by Jeremy Pascal (who comes here via The Gilbert Scott and Perkin Reveller) whose cocktail list will include Apothecary, cooked with rosemary and sweetened with homemade peach butterscotch jam, and Patience & Thyme, which uses an infusion of gin, thyme and smoked egg.

Tonic & Remedy will open mid April 2015 at 151-157, City Rd, London EC1V 1JT. It'll be joined by a further restaurant and bar on the 17th floor. Keep up with their news on Twitter @tonicandremedy