Tiberi's Barcelona munchies have come to the King & Co 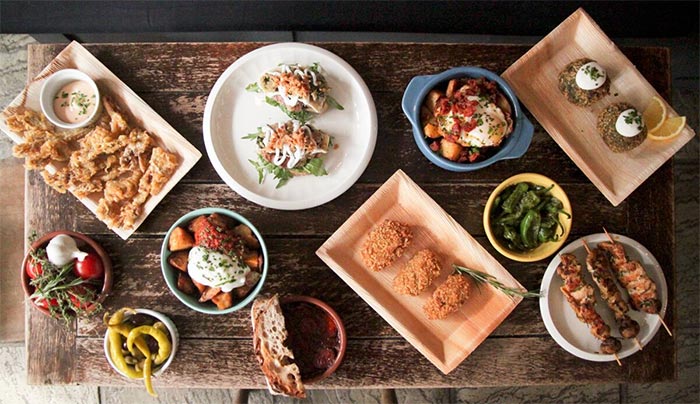 The King & Co in Clapham DOES line up some interesting residencies and the latest is no exception. Tiberi and their "Barcelona Munchies" are there now until the end of the month and here are some of the dishes on the list:

Alongside that, expect Spanish staples including Marcona almonds and Padron peppers and Creme Catalana for dessert.  During the weekends, expect their take on the Full English with "rustic pa amb tomaquet toasted sourdough with sides including Botifarra sausage, chorizo, morcilla, fried egg, sautéed beans and mushrooms".

Tiberi is at The King & Co now at 100 Clapham Park Road, London SW4 7BZ until the end of July. For more, follow them on Twitter @Tiberilondon.