The Wigmore tavern comes from Michel Roux Jnr and The Langham 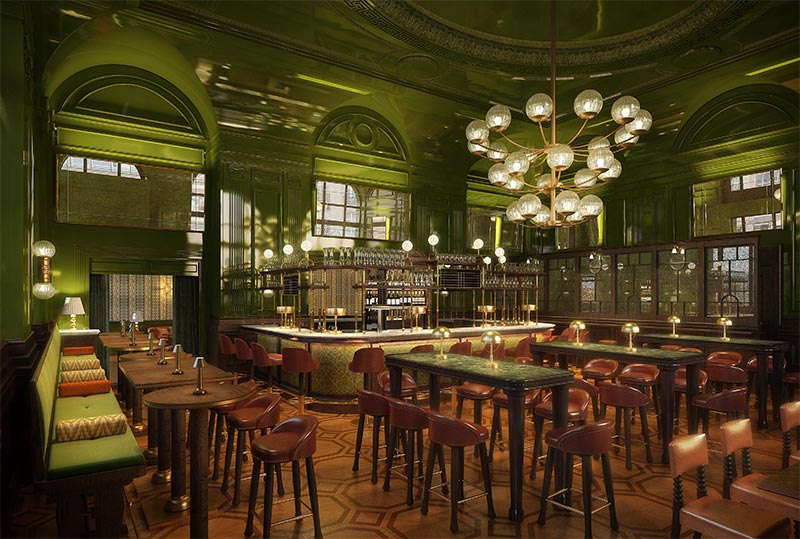 In a nutshell: The Langham gets a new tavern with some Roux Jnr help.

Summing it all up: The Langham Hotel is getting a new next-door tavern called The Wigmore and Michel Roux Jnr is in charge of the food.

Michel Roux Jnr already has a connection with The Langham, running the Roux at the Landau restaurant. Now they're joining up again for their next venture, right next door to the London hotel. They're calling it a "tavern" - we can assume "gastropub" isn't quite the feel they're going for but it's a place that will very much have a pub like feel with some Roux Jnr food.

And it'll be an upmarket looking pub too, with Martin Brudnizki behind the design (Aquavit and Sexy Fish) so it's not your local boozer at all, but more classic London pub feel.

As for that food, expect it to be a very British affair. So there will be a braised veal and ham pie, devilled lamb’s kidneys and paprika-glazed short rib with bone marrow crumb. And on the drinks side, they'll have local ales and their own brew, Saison (that's made with "Brew by Numbers) as well as cups of punch and "house “hoptails” too. The people behind the drinks at Artesian are also taking a hand here - so expect some pretty decent cocktails.

More about The Wigmore