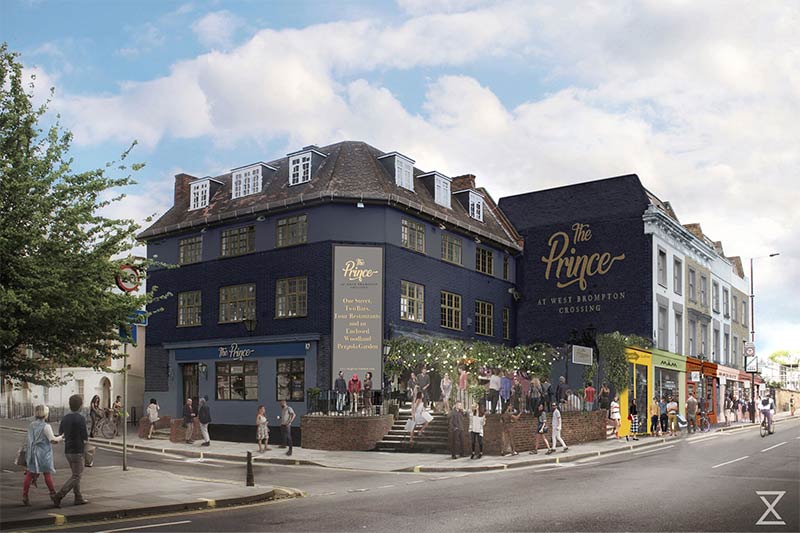 In a nutshell: Two bars, four restaurants, and lots of outdoor space.

Summing it all up: The Pergola team getting very good indeed at this whole alfresco foodie hub lark. And they're showing no signs of slowing down with the announcement they've just got their hands on not one but *four* buildings in West Brompton, which they're linking together with a walkway that'll host Patty & Bun, MAM and more.

Good news, West London - you're in for even more treats courtesy of the Pergola team. This time, they've linked together four disused buildings to create a 'street' of food and drink called The Prince, including Salvation in Noodle's new BBQ project MAM.

Inside the buildings on West Brompton Crossing, there'll actually be two bars, and four different restaurants, and a giant 'secret' garden (though we've somewhat spilled the beans now), which will all link together by a walkway to create a behemoth of a venue.

On the roster, you'll see Patty & Bun with their ever-popular burgers, but if that's not to your fancy, you'll be able to skip along the connecting walkway to try out Peckham's healthy Thai joint The Begging Bowl or farm-to-plate restaurant Rabbit. There'll also be Vietnamese barbecue on the menu from MAM - the newest venture from the Salvation in Noodles team, so good news if you haven't made it down to the restaurant in Notting Hill yet.

After that, you'll be able to grab a drink and hunker down cosily inside their fully covered, intensely decorated woodland-themed garden. It'll be fully heated, so no need to panic about the chill in the air, and in the warmer months the roof will be fully removed. 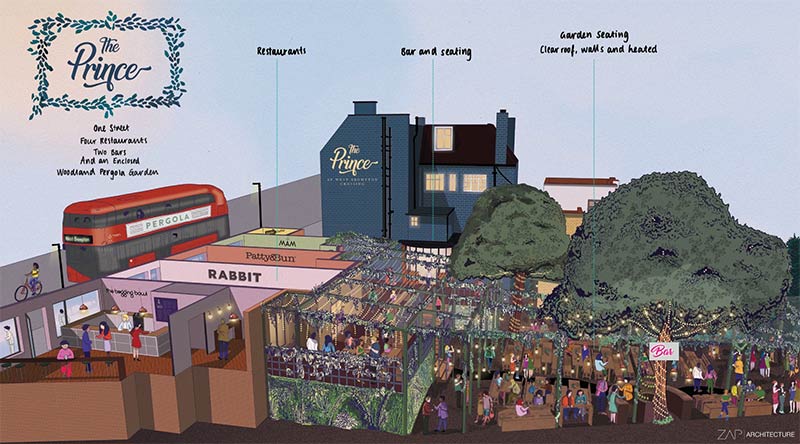 More about The Prince

When does it open? 15 November