The Newman Arms reopens with a pie menu and downstairs snugs 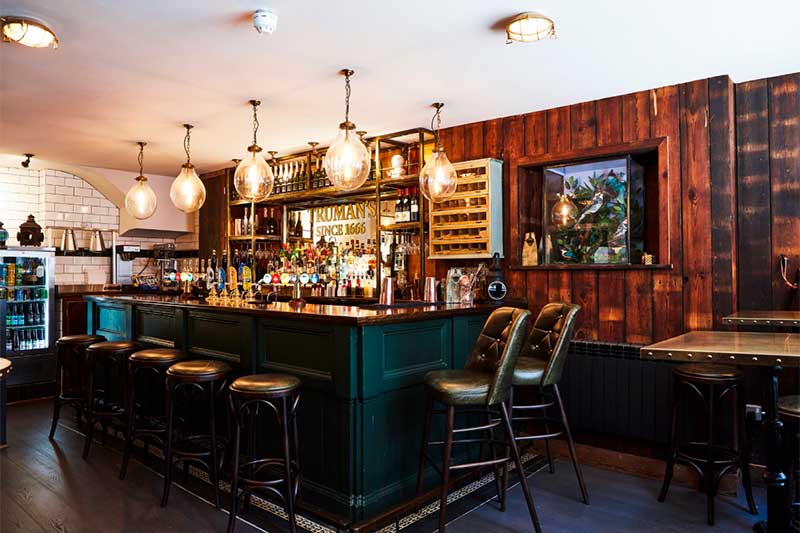 It's always a worry when any central London pub closes its doors, ostensibly to be renovated. So when The Newman Arms shut a year or so ago to have the upstairs section turned into flats, the chances that this historic pub, which had been a popular spot for foodie pop-ups more recently, would ever reopen seemed pretty bleak.

So we're particularly pleased to see that not only is it remaining a pub, but the 18th century boozer has also had a bit of a makeover by Truman's Brewery and has just reopened for business.

The pub which was made famous by George Orwell, garnering a mention in Nineteen Eighty-Four and was also a popular drinking spot of Dylan Thomas, has expanded its beer and food offering. Truman's have put in 12 keg and 4 cask lines and they're planning on holding tasting evenings and beer training at the pub. They've also moved down into the basement to create two new snugs - the ‘Prole’s Parlour’ for 8-12 people or ‘The Orwell’, which can host up to 6 people.

Both the wine and spirit selection will focus on English producers and - with a nod to the pub's history - the former landlady's pie menu has been built on. The menu now includes the Steak and Truman’s Ale pie - which will be served upstairs in its 24-seat pie dining room - as well as Smoked Salmon and Salt Beef bagels.

If you're after something to take home, there will also be a ‘crowler machine’ which can fill 910ml cans with any draft beer on site for you to take away.

More about The Newman Arms

Where is it? 23 Rathbone Street, Fitzrovia, London, W1T 1NG

How to book : To book the Pie Room or snugs email them