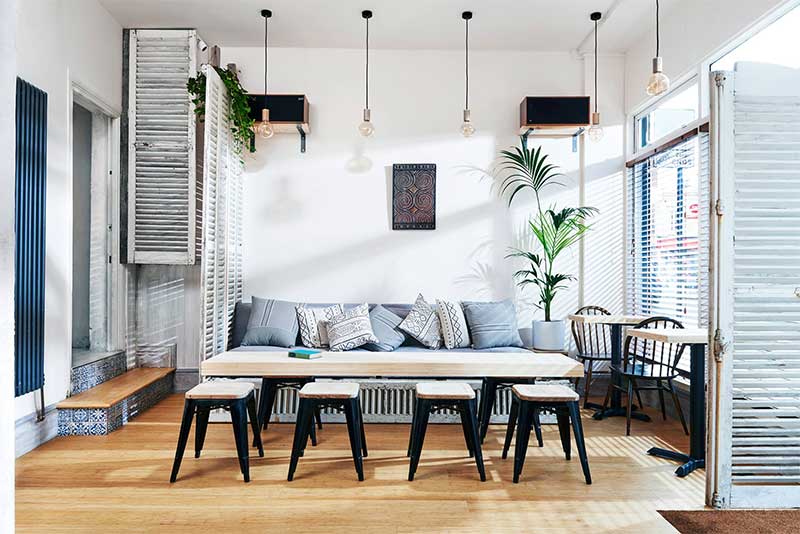 What: The Mint Gun Club

In a nutshell: Cocktails, tea and nibbles with lots of international flavours

Summing it all up: There'll be tea and more in the deli, but the cocktails are the REAL draw at Stoke Newington's Mint Gun Club, the newest project from cocktail master Rich Hunt.

He won Bartender of the Year from 07 to 09, has been Head Bartender at the Hawksmoor AND Milk & Honey, and now, Rich Hunt is bringing his cocktail knowhow to Stoke Newington.

The Gun Mint Club will be the latest addition to the the North London's already-strong bar scene, and it looks to have all the makings of a destination cocktail hotspot. That’s because the man in charge is none other than Rich Hunt, who’s won three International Bartender of the Year awards and has an impressive collection of bars under his belt.

Rich will be taking advance of the new venue (which will also be doubling (tripling?) up as a tea house and a delicatessen - more on that in a moment) to show off all his international knowhow, so we’re expecting a bit more than your usual Tom Collins.

The cocktail list does look to be rather good, with all kinds of mad flavour combinations and ingredients we've not encountered before, like Peach "Milk" with Cider Aperitif in the White Tiger's Milk cocktail. There's also a nicely summery-sounding Milanese Nightingale blending classic English flavours like gooseberry, bramble and elderflower with Picon Bière bitters from Northern France. Even a Gimlet is given a mad twist with the addition of Cornish Manuka honey.

If you're of the 'being good' ilk (and we know you're out there), there’ll be low-alcohol tipples too, like health superfood drink kombucha, or Himalayan lassi made with “Club” labneh. There'll also be plenty of tea, which you can order to infuse at your pleasure on its own, or as part of a tiffin-laden High Tea spread. Just in case you don't feel like being *too* good.

Speaking of food, it also looks to be a similarly international explosion of flavours from the Middle East to Asia and the Med. We’re expecting some creative crossovers, including spreads, salsa, bread, with many of the more unusual ingredients - like labneh, daikon, chermoula - available to take home too.

Some of the dishes on the menu will include:

More about The Mint Gun Club