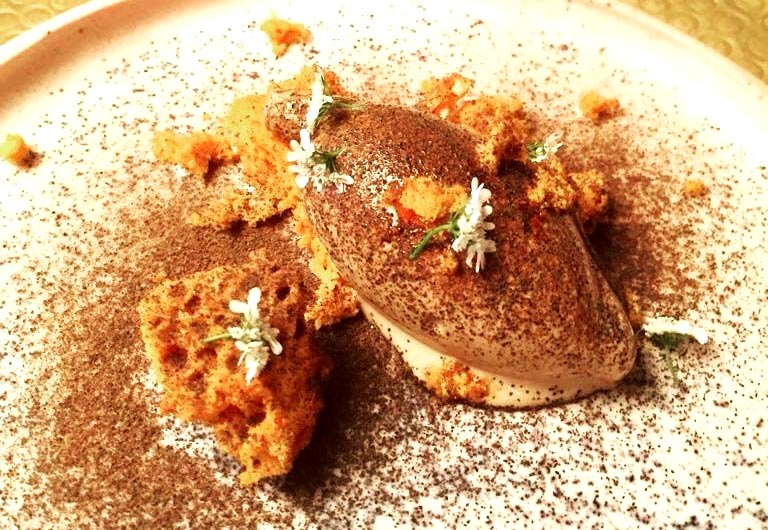 Summing it all up: After enjoying Michelin-starred success in Hong Kong, two of the chefs behind Serge et Le Phoque are bringing their ingredient-led French cuisine to London, including their signature scallop with anchovy and fried leek root.

French cooking, local ingredients and Michelin stars is a hell of a recipe for success. They're also the components of Serge et Le Phoque, a new upmarket restaurant that’s coming to Fitzrovia.

The duo behind it are Charles Pelletier and Frédéric Peneau, who’ve already enjoyed considerable success in Hong Kong with their flagship Serge et le Phoque. In 2015, their progressive French cuisine made with local and international ingredients earned them a Michelin star thanks to dishes like pure pea gazpacho with hen’s egg, and their mackerel with lardo di colonnata and enoki mushrooms.

Now they’ll be bringing all their knowledge and knowhow to a new London outpost in Fitzrovia, operating out of the new Mandrake hotel. The food they’ll be presenting, which you’ll be able to pick from either an a la carte or the a chef’s tasting menu, will be a loosely similar affair. It’ll feature high end dishes like octopus with century egg, aji Amarillo, tobico and ginger alongside scallop with anchovy and fried leek root - a signature dish in their Hong Kong base.

You’ll also be able to try the French specialty cake dacquoise, made with carefully constructed layers of almond and hazelnut meringue, served up with a blob of vanilla cream.

That being said, the menus look set to change a lot. We’ve even heard it could change “from table to table”, as a result of the team’s “savoir-faire” philosophy. Which sounds mildly annoying on paper so let's hope it's much more charming in a very French sort of way in practice.

Aside from that, the wine, which is always of crucial importance in French dining, looks to be very promising. They’ve got sommelier Bert Blaize, formerly of Clove Club, taking care of the selection, which will include plenty of natural, organic, biodynamic bottles.