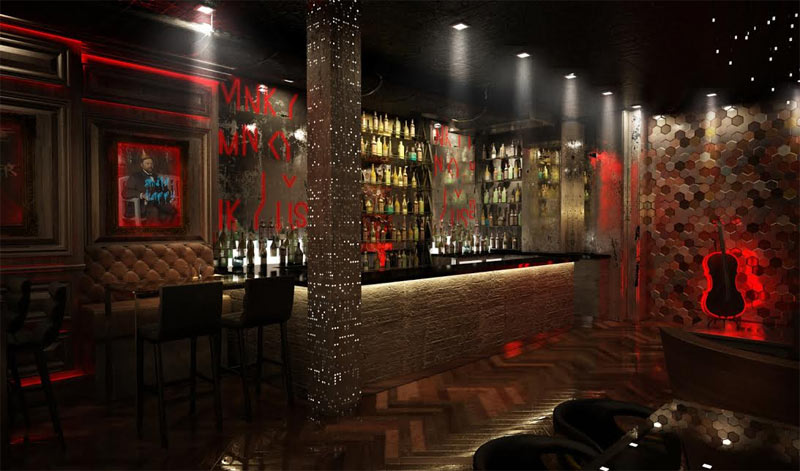 The Dover Street Wine Bar may have gone, but there's news about what will be rising in its place. It'll be a Latin American restaurant and bar called MNKY HSE. Not sure where they've mislaid their vowels.

In charge of the kitchen is Pablo Peñalosa Nájera - he's previously been at Four Seasons in Bogotá and Morimoto in Mexico City, and this is his first time opening in London. We're promised contemporary Latin American food and drink "combining traditional elements of Latin American cuisine with modern British seasonal ingredients". But they're being a bit secretive about the dishes, so we'll bring you more on those when we have them.

As for the drinks, expect a lot of mezcal on the menu - and we're also promised a selection of experimental signature dishes and drinks, so expect some theatre too.

The place is split into an upstairs lounge bar and a downstairs restaurant, with a design that includes some more touches that they're being quite secretive about too. Expect an open kitchen and apparently "banquette seating that will be adjustable to accommodate dancing". So they're aiming for it to be a party place. With that in mind, expect international and resident DJs and more live acts.