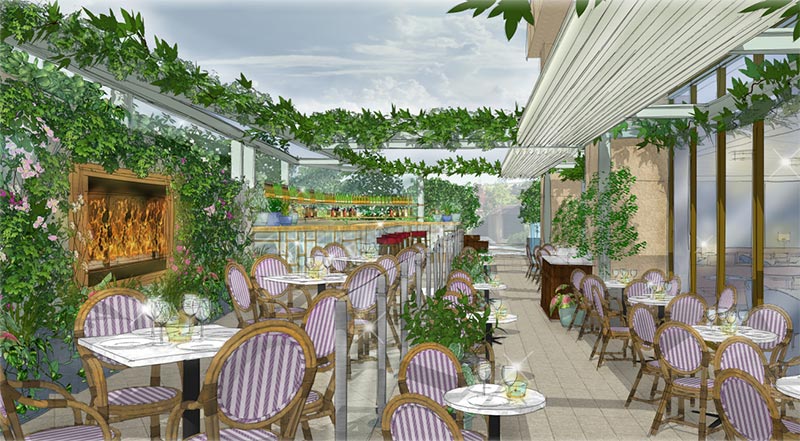 In a nutshell: Enjoy the Ivy’s modern British cuisine in its new City location, complete with a private garden.

Summing it all up: The latest restaurant to come from the Ivy Collection will be based in Bishopsgate Gardens. It’ll offer all day dining, and boasts a rather charming interior - including a garden with a retractable roof in case the weather can’t makeup its mind.

The Ivy’s been opening a slew of new restaurants lately, including the freshly opened Ivy Soho Brasserie. Now, the Ivy’s sights are set on the City, with plans to settle down in Bishopsgate Gardens this summer with The Ivy City Garden.

It'll be an all day dining menu spot, so we imagine it will be quite similar to the menu offered at their the more casual Soho Brasserie. That is to say - quite a lot of everything, from eggs Benedict and galore and fresh juices for breakfast, to soups, salads, and seafoods for light lunches. Those after something a bit fancier can expect choices like their Chicken Milanese, steaks and lobster.

The set up looks like it should be lovely, with lots of touches that bring the indoors out and visa versa. A private garden will be available in the warmer months, and it’ll even have a retracting glass roof, which we imagine will come in handy during the changeable British summer weather.