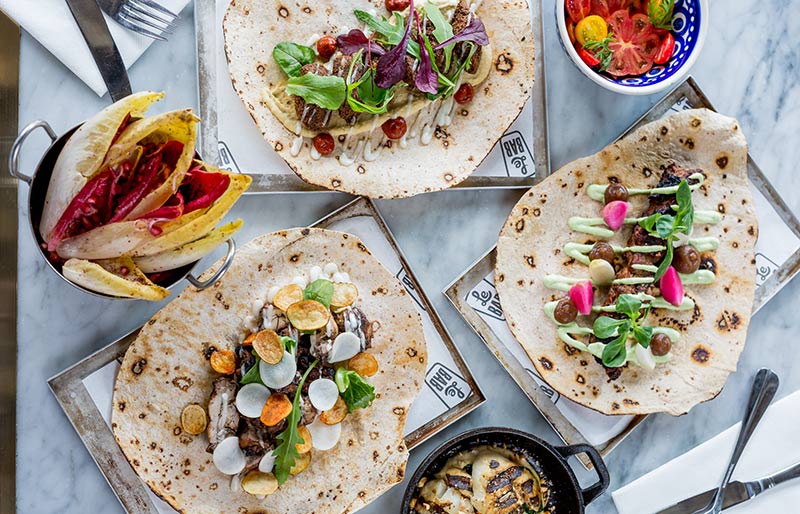 A good kebab can be a great thing - but want to know what's better? Enjoying kebabs by five of London's top restaurants going head-to-head over who makes the best one.

That's the premise behind the Great British Bab Off [or GBBO if you prefer] - a charity event conceived of by Stephen Tozer and Ed Brunet, founders of Soho’s gourmet kebab restaurant Le Bab.

Taking place on Sunday 11 February, in partnership with Action Against Hunger, Le Bab will compete with four of London’s hottest restaurants for the title of the capital’s best kebab, with all proceeds going to the charity. They'll be setting their dish against kebabs from Yosma, Ikoyi, El Pastor and Pitt Cue Co.

Tickets to the event are £45 which gets you the five-course GBBO tasting menu and then everyone will vote on whose kebab truly is London's best.

More about The Great British Bab Off

How much? Tickets are priced at £45 per person (wine flight available for £35 supplement), and include a five-course kebab tasting menu, and dessert. All proceeds go to charity Action Against Hunger.