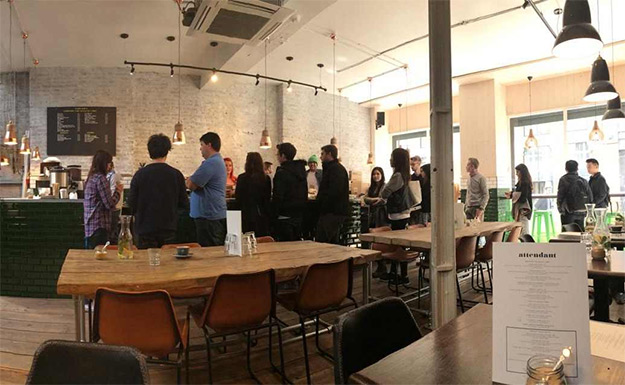 It's been set up by Mumtaz Lalani and David Payne who are looking to manage an ever-changing wine list of wines by the glass starting at a fiver - but thee will also be smaller tasting glasses if you want to experiment a little. The wines themselves will focus on biodynamic and smaller producers and alongside those will be cheese from Androuet, salumi from Natoora, Mast Brothers chocolate and artisanal sourdoughs.

As for the who behind the pop-up, they had both separately trained as sommeliers while still on their day-jobs. The pop-up has apparently been conceived out of discussions with their friends who enjoyed drinking good wine but were frustrated by having to decipher menus containing names they weren’t familiar with. So the pop-up will be all about making the wines more accessible, with the wine list written in that way too.

The Good Year will be at Attendant, 74 Great Eastern St, EC2A 3JL from May 21 for a month. For more, follow them on Twitter @thegoodyearwine