The founder of Smoking Goat is opening Kiln in Soho 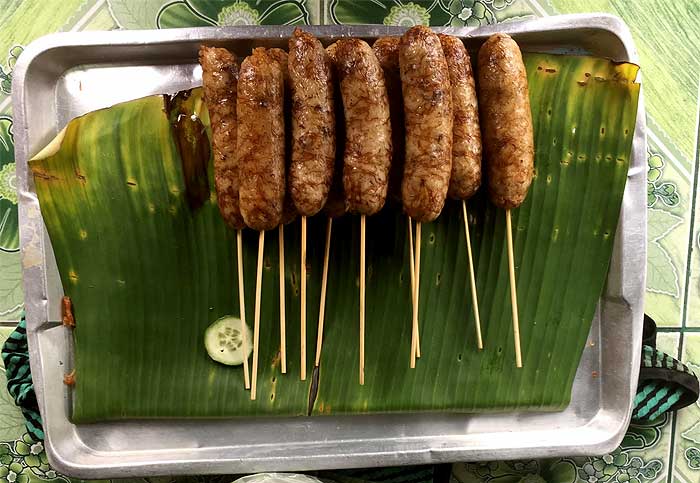 We've been big fans of Smoking Goat since it opened so hearing that founder Ben Chapman was launching a new restaurant made us sit up and pay attention.

The place is described as a 'side of the road type restaurant' with a short grill menu and a daily noodle dish. It sounds like it'll be quite a scene too with a long stainless steel counter curving the length of the room in front of an open kitchen with the wood burning kiln.

The wine list, put together by the team with Zeren Wilson, will change constantly. It'll include a sparkling Riesling from Peter Lauer in the Mosel, more 'orange' wines, good magnums poured 'by the glass', and all wines will be on a blackboard, changing frequently. Superstar Montepulciano producer Emidio Pepe will be making an appearance.and a Californian Pinot Noir from Kutch Wines.

We caught up with Ben today to find out a little more about Kiln which opens in Soho this September.

So, what's with the name?

For the benefit of correctness - we're not cooking in a kiln - that's the name only. We burn wood to embers in an oven then transfer to grills, woks and stock pots all in the open kitchen.

But there is a pottery element, yes?

We're using live fire clay pots to hold our curried dishes such (Kanom Jiim Nam Ya) because 'old pot: tasty rice' and using hand hammered woks from the intrepid Luke at Hammered Woks. - he's sourced from the last guys making by hand in the whole of china - a dying art!

It's taken a year of work with Cornish farms to get to the menu we aim to open with … we are trying to work from the best whole animals and as much Thai greens as we can grow here. The result is that every dish is a result of working with a farmer or grower and understanding how best to use the available produce in a commonsense way.

For example, the Aged Lamb & Szechuan Skewers aren't a Thai dish. But because we were able to get this amazing quality heavily fattened lamb and Sean O'neil is growing fresh Szechuan in Cornwall for us it just made sense to do the dish. Skewers are a fantastic way to use every cut on the animal and if you're asking for an animal to be bred to your spec then you are responsible for using the whole thing. Let the produce lead the dish, not the other way around.

You're also using some amazing Mangalista pigs too?

Yes. When you are lucky enough to be working with pigs of the quality from Weston Farm (Charles is the farmer who farms the Mangalistas for the inspiration that is Tom Adams of Coombeshead Farm) then you owe it to use the whole thing and concentrate your efforts around using it beautifully.

Where did you get your inspiration for the menu from?

We've just come back from travelling the borders of Thailand - eating, cooking, learning. (That's a pic of Sai Grop Nuea - pork sausage with rice and rice noodle stuffed inside from the trip above) What struck me most about this trip was that the further we were from the towns and closer to where the ingredients are being produced the simpler the dishes became. We ate some dishes which were 3/4 ingredients only and they were the best Thai food i'd ever eaten. This simplicity through quality struck a cord and solidified our direction with Kiln.

We're very much still learning : we're in the process of making our own fermented fish sauce 'pla laa' as we noticed there's something lost in the refining process when it's commercially made.

Kiln will open 30 September 2016 at 58 Brewer Street, London W1F 9TL. The first day will be a soft launch with a set complimentary meal (just pay for drinks). No reservations. Keep up with their news on Twitter @Kilnsoho