The Filipino Burger is coming to Hawksmoor 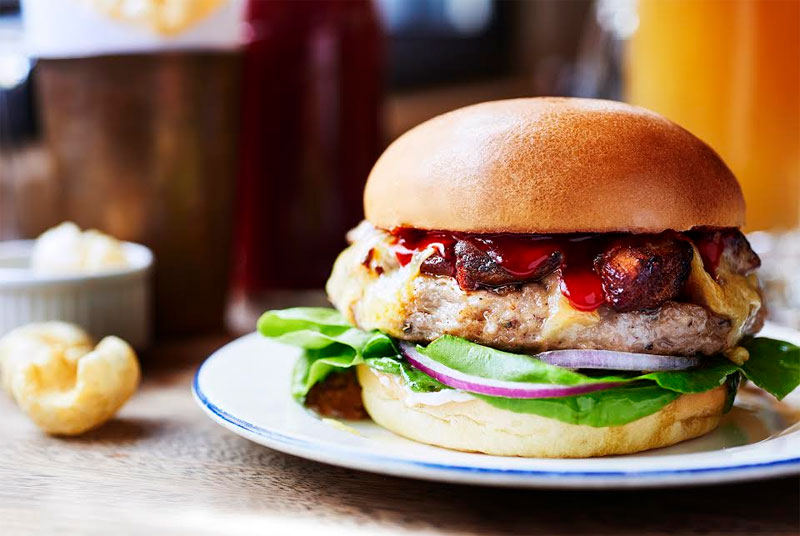 So this is the new burger heading towards Hawksmoor.

Called the Filipino Burger, it comes from Richard Turner who's been off looking for inspiration in the Philipines. It's a grilled pork pattie, topped with his take on traditional pork Adobo and Buffalo Mozzarella, in a brioche bun with onions, little gem, mayonnaise and banana ketchup. And it's served with pork chicharrones and coconut vinegar. Anything with chicharrones on the side gets our vote.

So if you fancy the Filipino Burger, get down to the Hawksmoor Spitalfields bar or Hawksmoor Seven Dials to get your hands on one from 12 September – 13 October 2016. For more, follow them on Twitter @HawksmoorLondon