The Chick'n Shack is coming to London 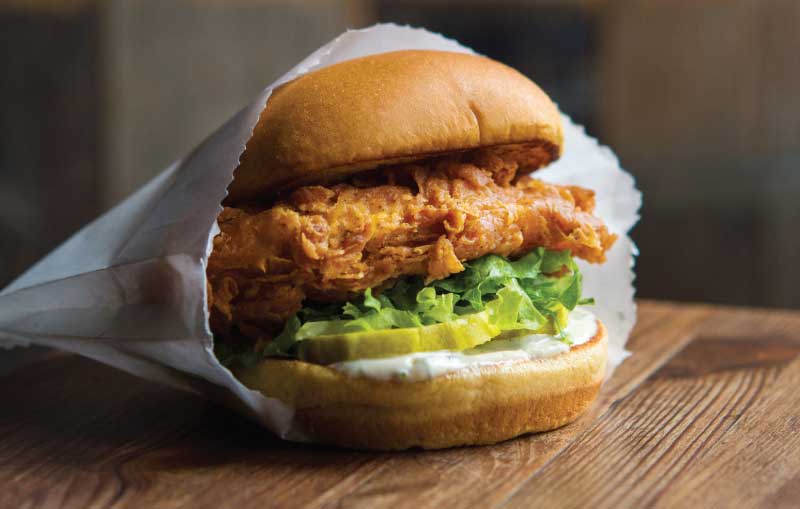 As you may know, we're pretty partial to Shake Shack so we'll be heading down there later this month for the UK launch of the Chick’n Shack. Launched last year in the states, the Shack's chicken sarnie sounds worth trying for anyone who likes their fried chicken.

If you're after the details - it's 100% British chicken breast, slow-cooked in a buttermilk marinade, hand-dipped into Shack-made batter, coated with seasoned flour and crisp-fried. It's then topped with shredded lettuce, pickles and a buttermilk herb mayo, and served on those amazing pillowy potato rolls.

When: The Chick’n Shack launches in selected London Shacks on 25th April (Victoria Nova, Stratford, Leicester Square, Tottenham Court Road and Canary Wharf). Chick’n Shack will then land in Cardiff from 4th May, and lastly in Shake Shack Covent Garden in early Summer.

How much: £6.25 - but Shake Shack will offer complimentary Chick’n Shack sandwiches to their first 50 at each Shack on launch day.