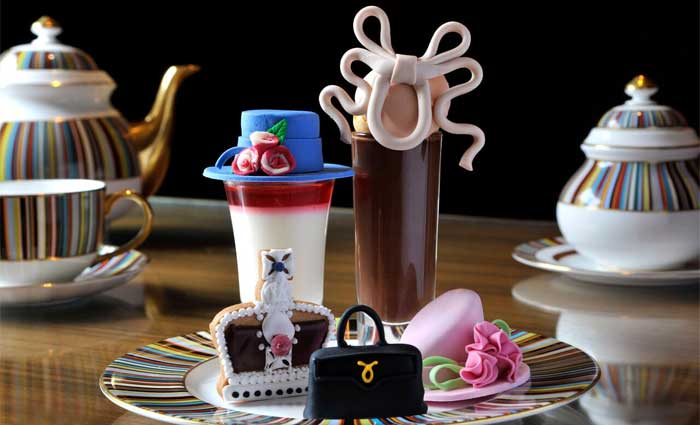 Every season, The Berkeley's Prêt-à-Portea celebrates the most fashionable labels in cake. But for Spring, they've gone in a different direction. To commemorate the Queen's 90th birthday they're launching ‘Prêt-à-Portea – The Royal Collection’.

The special royal afternoon tea runs for the week of the Queen's actual birthday. They've chosen to create cakes and patisserie in the formof HRH's (and her family's) most memorable hats. So the set includes the Coronation crown in vanilla biscuit form, a Launer London handbag cake, a blueberry hat cake with sugar roses and green leaves inspired by one of her favourite milliners Rachel Trevor-Morgan, a praline profiterole inspired by Princess Beatrice's Philip Treacy fascinator while the Duchess of Cambridge's maple leaf hat is reimagined as a bright red strawberry pannacotta macaron.

If eating the royal tea isn't enough, you can also take a masterclass with the hotel's creative pastry team. For £150, Head Pastry Chef Mourad Khiat will show you how to make the various elements after which you can try the tea yourself with a glass of champagne.