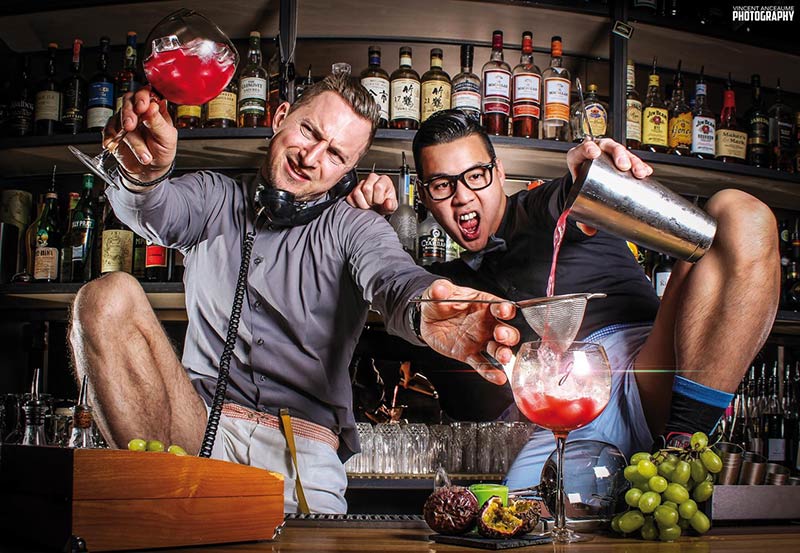 Yes, you read that right - and you can see from the picture above - there's a bar in Paris where the bartenders serve drinks in their pants. While we're tempted to write something about "those crazy French" at this point, we should also point out that Le Calbar also gets rave reviews for the drinks too.

And now those drinks - and those pants - are coming to London where they're popping up for one night only at the Zetter Townhouse Marylebone. On offer will be:

So get your reservation in if you want to check them out without going to Paris. And if the very idea of trying a bar where the bartenders appear to have forgotten their kegs appals you - here's a thought, instead of whinging about it on social that it marks the end of days - just don't go!

What: Le Calbar at The Zetter