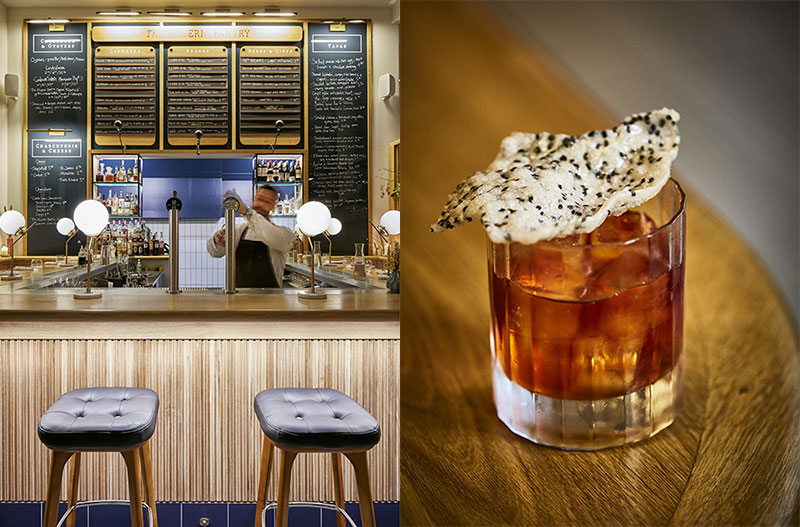 There’s a new cocktail bar coming to Finsbury Square, and it sounds worth breaking Dry January for, particularly as the drinks list has bee designed by Mr Lyan, aka Ryan Chetiyawardana who’s been called, among other things, the king of cocktails *and* world’s best bartender.

The Alpha Beta bar takes over the space at the front of the Modern Pantry on Finsbury Square, so it’ll have a handsomely paired bar menu to accompany the drinks list. And it’s quite a drinks list, where Chetiyawardana demonstrates his considerable range of skills resulting in some pretty adventurous cocktails. So there's

Lots of the drinks involved are made with the house blend of spirits, and most of them shouldn’t run you more than £10.

Alongside the drinks menu, there’ll be snacks on hand from Modern Pantry, plus a few new plates that match Chetiyawardana’s drinks menu in their inventiveness. Expect sugar-cured prawn omelettes with smoked chilli sambal, Cornish crab rarebit donuts, and the curious combination of octopus, grilled with liquorice and macadamia pesto.