The 10 Greek Street team are taking over The Whitechapel Refectory 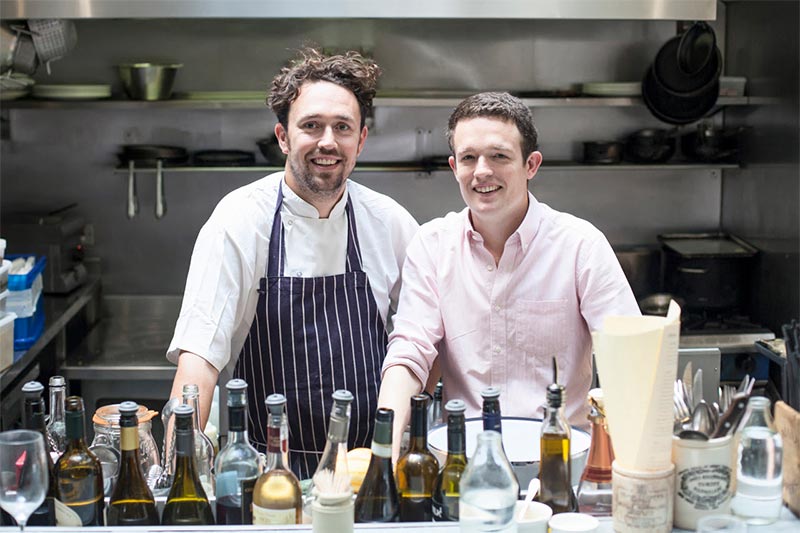 The whole setup is markedly more casual than its restaurant counterparts, with salads, sandwiches and cakes on the counter, and a menu available for dishes made to order. Choices are set to change more or less constantly, given its emphasis on local and seasonal food, but some of the dishes you can expect include dishes like chorizo and potato tortilla, a Hoxton smoked trout, horseradish and watercress sandwich, and butternut squash and goat’s cheese salad.

On evenings, towards the end of the week, the cafe stays open late and takes on more of a wine bar vibe, with homemade bread, terrine and cheese boards to accompany the wine list and craft beers.

And speaking of wine, the 10 Greek Street’s fabled Little Black Book will be making occasional appearances, with its monthly changing exclusive wine list of rarer, odd bottles of wine sourced from private cellars and auction.

“We’ll offer an ever-changing list of exciting wines and beers from interesting producers, and will have plenty of wines by the glass and carafe to allow people to try a few things,” said 10 Greek St co-founder Luke Wilson.

The Whitechapel Refectory opens 17 January 2017 and After Hours on 20 January. They're on the ground floor of The Whitechapel Gallery, 77-82 Whitechapel High St, E1 7QX. The cafe will run Tuesday - Sunday, and will stay open late Thursday, Friday and Saturday. Follow them on Twitter @TheRefectoryE1 and @AfterHoursE1.