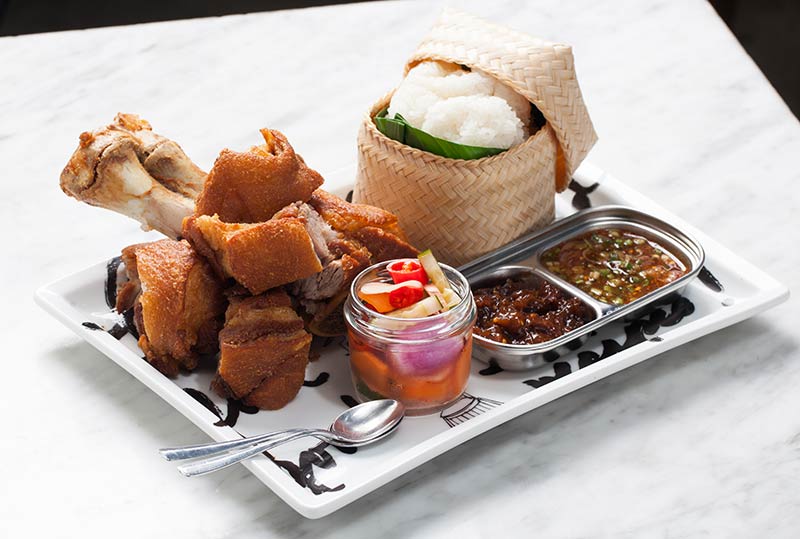 What: The Greyhound Cafe

In a nutshell: Authentic Thai cafe grub from Bangkok

Summing it all up: South East Asia's beloved The Greyhound Cafe springs up in London with a menu packed with modern Thai-style cooking imported all the way from Bangkok.

We honestly, hand on heart, can't get enough Thai food, so it's great to hear that Fitzrovia's about to get a brand new, two-storey authentic Thai restaurant all the way from Bangkok. The opening will mark the first time The Greyhound Cafe's set up in Europe, let alone all the way over here in Blighty, so we're seriously looking forward to trying out their menu.

Its popular Bangkok counterpart is famed for its hip yet laid back style, and modern take on Thai food which includes red velvet waffles, Hainanese chicken and rice, and their popular (but somewhat mysterious) "complicated noodle".

We’ll be getting a similar set of Thai-style options over here, including

And yes, you’ll even get to try the ‘Complicated Noodle’, which we can now reveal is a DIY taco-like wrap of iceberg lettuce and rice noodle sheets with soy-braised pork herb salsa.

Veggies will be well catered for with a large vegetarian menu menu, while on the drinks front there’ll be Thai craft beers from Phuket’s Full Moon Brew Works, spirits (and a healthy cocktail list to match) plus coffee beans imported from the city of Chiang Rai.

The Greyhound, which has a whopping 17 bases not only in Thailand but also across Singapore, Hong Kong and China and beyond, originally opened as a men's fashion store, and only later decided to start doing food. As a result, we’re being promised immaculately dressed waiters and a polished interior - always a plus.

“Although we are Thai at heart, the restaurant will be anything but a traditional Thai restaurant”, said owner Bhanu Inkawat. “ Just like in Bangkok, we mix traditional and international, street and couture, all fused together in a beautiful, chaotic way”.

More about The Greyhound Cafe