TFL and Canteen team up for mobile café 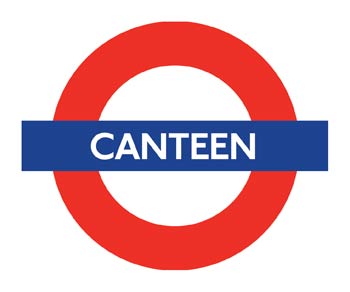 If you're in Clerkenwell this week, it's worth checking out Clerkenwell Design Week (21-23 May), which has a new collaboration between TFL and restaurant group Canteen.

Until the late 70s, London Transport (as it was then known) ran mobile staff canteens all across the capital, feeding hundreds of workers every day. Taking inspiration from these mobile units, Canteen have commissioned design group Very Good & Proper to build a contemporary version of the original street food wagons.

The mobile canteen will serve dishes inspired by the 1951 London Transport catering book, as well as Canteen’s cookbook Great British Food.  Highlights from the menu include British classics such as pie and mash and devilled kidneys, in addition to original dishes from the 1950s like onion and bacon pudding and bath buns. Visitors to the show on Tuesday 21st will be treated to free samples of onion and bacon pudding, so there’s no excuse not to give it a try!

Clerkenwell Design Week runs from the 21st – 23rd May and the London Transport Mobile Canteen will be at the Familoe Building, 34 St John Street, EC1M 4AY.

For more info, go to www.tfl.gov.uk/canteen