Ten Bells to open with ex-Ledbury chef heading up kitchen

Written by Catherine Hanly
Created: 22 May 2012 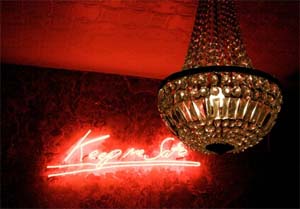 One of our favourite restaurants, the Young Turks at the Ten Bells went out with a blaze of glory last month. But all is not lost. Most of the crew are returning to the scene of their triumph next month with a revised offering.

The new Upstairs at The Ten Bells, which opens on Friday 22 June, will feature - from the original team - chef Isaac McHale with Daniel and Johnny from The Clove Club working front of house. They'll be joined by ex-Ledbury chef Giorgio Ravelli, who has just come back from a long stage at Noma, and has been working in Michelin-starred places in Montpellier and Berlin for the past two and a half years. He'll be running the kitchens while Jarrod Cooke from Great Queen Street will be in charge of front of house.

In contrast to the Young Turks at the Ten Bells - the menu will be a-la-carte. To begin with they'll be open Wednesday to Saturday night, and for Sunday lunch, but expect that to expand.