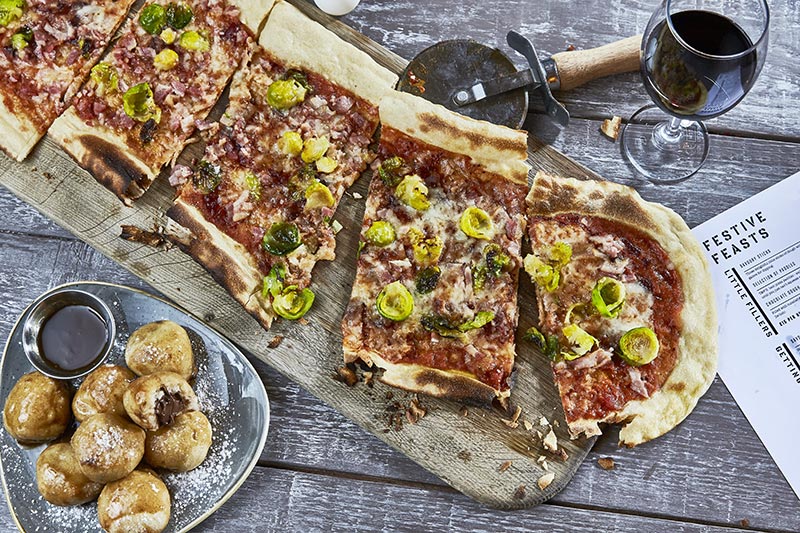 Yet more pizza is landing in London this winter - this time in the form of Tank & Paddle, who’ll also be providing craft beers, salads and mac and cheese.

Behind the bar, The Meantime Brewery will be well represented, as will Brewdog, Fruli and other craft beers. There’ll be complimentary draught beer tastings throughout the week, and on Thursdays that’ll include bottled and canned beers. Perfect for whetting your whistle before you launch into a cheesefest.

And a cheesefest it is. Aside from the classic margherita or pepperoni, which is listed as ‘The Yankee’, there’ll also be the Holy Smokes with pulled chicken and smoked bacon, or the Veg Your Bets with sundried tomatoes, olives, artichokes and mushrooms.

But if you want your cheese in even more ample, gooey quantities, then you should definitely opt for one of Tank & Paddles mac and cheeseS, plural. Aside from the classic, just-super-cheesy version, there’s also one with pulled chicken and BBQ sauce called The Mac Attack, or one with pepperoni and chilli.

Tank & Paddle will be running offers each week which changes from day to day. On Mondays, any regular pizza will be £5, on Tuesday the first 100 pints will be £2, Thursdays will have the bottled beer tastings, and a good amount more.

If you’re looking to keep it healthy, there’ll also be a good selection of salads, and if you’re not, there are Nutella dough balls with maple cinnamon syrup and chocolate dipping sauce. We know which we’ll be going for.