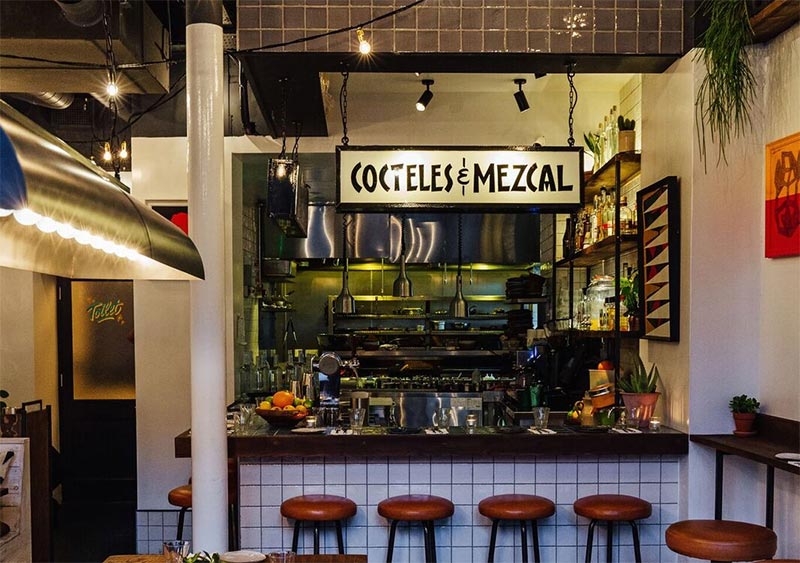 Breddos, Old Street’s now-legendary taco slingers, are continuing to nail it with their ongoing series of collaborations with the announcement they’ll be joining forces with Oslo’s Pjoltergeist.

The Scandi restaurant, which is famed for atmospheric, dive-bar-esque interior and Asian-Mexican-Norwegian fusion menu will be stopping in to Breddos for an all-day taco and mezcal party. That'll be followed by an eight course set menu the following day at the wildly affordable price of £35.

If you’ve not yet heard of Pjoltergeist, it’s lead by Atli Mar Yngvason, who’s got Michelin-starred experienced as a sous chef in Oslo’s Ylajali. “The food [at Pjoltergeist] is ridiculously tasty and super seasonal and you never know what you’re going to be served,” said Breddos co-founder Nud.

It definitely sounds like Yngvason will be going all out with the residency. One of the standout dishes that we’re very excited about, first and foremost, is the sustainable minke whale meat sashimi, which is something we don’t come across very often here in London, and don’t expect to come across again for some time - at least in this casual a set up.

We’re also rather keen on the bao with langoustine claws, the deep fried sardines with fennel, and the kobe beef with sticky rice, and curious to see how they’ll be incorporated into the Breddos kitchen. If you’re also curious, or you’d just like to get stuck in (and really, how can you not) then make your way ASAP to the booking link for the sit down eight course meal, or just rock up on the day for the taco and mezcal party.