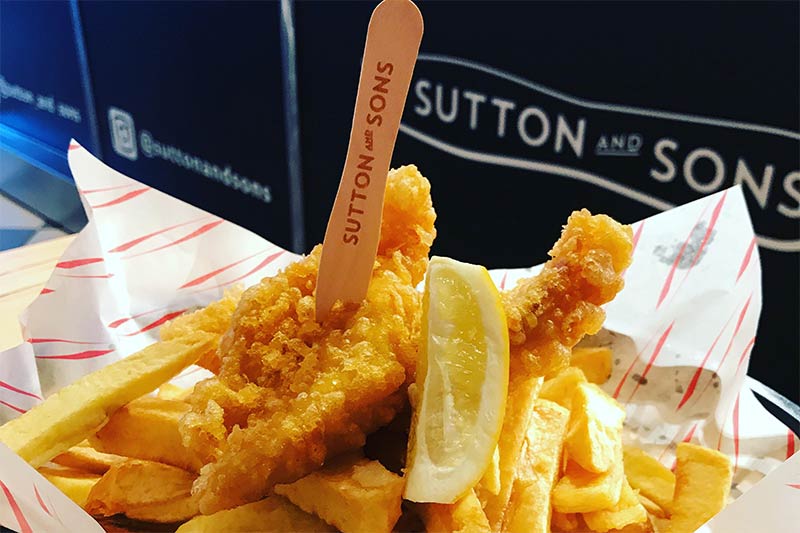 The latest section of the London food scene to chase the vegan pound is the chippy. And Stoke Newington's Sutton & Sons are first out of the gate. They're launching a new vegan menu with vegan ‘fish’ & chips.

They did some noodling around with ideas during Veganuary apparently and came up with the idea of using banana blossom which they say is "remarkably like the real thing due to a marinating process in seaweed to give the fresh seafood taste."

Running alongside that will be vegan pie 'n' mash from Mr. Nice Pie, served with home-made vegan friendly gravy, battered vegan sausage and chips and battered vegan ‘prawns’. There's even vegan tartare sauce and mayo too.

And if you were worried about cross contamination - they have a special fryer that's being used exclusively for all the vegan options.

Says owner Danny Sutton. "Who knows, we might open the first vegan fish & chip shop next…”