Summer Tales comes to Old Street, from the people behind Night Tales 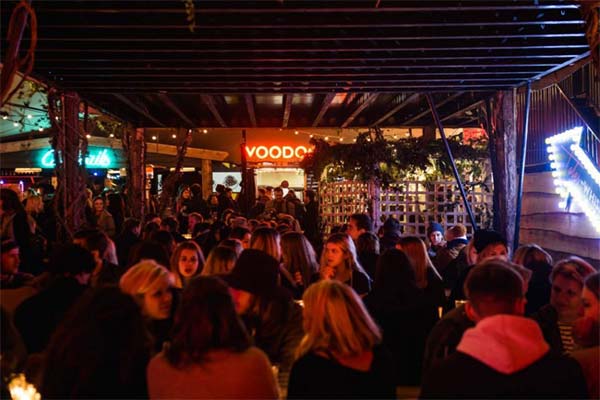 The first glimmer of sunshine has brought Londoners out in force - now comes Summer Tales, a street food and cocktail pop up that promises to bring a "touch of the jungle" to East London's Old Street.

This is the latest concept from the folk who brought you Night Tales, an award winning celebration of fine food, innovative cocktails and top DJs to provide the soundtrack. For summer, they're promising to raise the bar - with a 20 metre long terrace to soak up the sun, and private cabanas which you can hire for a private party, including a tree house with its very own barmen to keep the cocktails flowing all night.

To drink: some exotic creations from a range of bars including bespoke cocktails, frozen punch, and for those on a health kick - raw coconut water and organic cold pressed juices.

To eat: a selection from some of the city's most popular restaurants and street food traders. Among the highlights: Burger and Lobster will be showcasing a brand new "baby burger" in their pop-up debut, along with their trademark lobster roll. There'll be more fresh seafood from Bonnie Gull, an Italian fried chicken feast-in-a-box created specially by Forza Win, and summery salads by Bel Air. And we're looking forward to another debut by Nanny Bill's, who will be offering meatballs with a six-hour show cooked ragu and smoked mozzarella stuffed into a handmade roll.

Summer Tales will launch over the May Bank holiday weekend - running every Thursday-Saturday until the end of August at the Red Market, 288 Old Street. Entry costs £4, or £5 after 9pm. For more information, follow them on Twitter @nighttalesldn