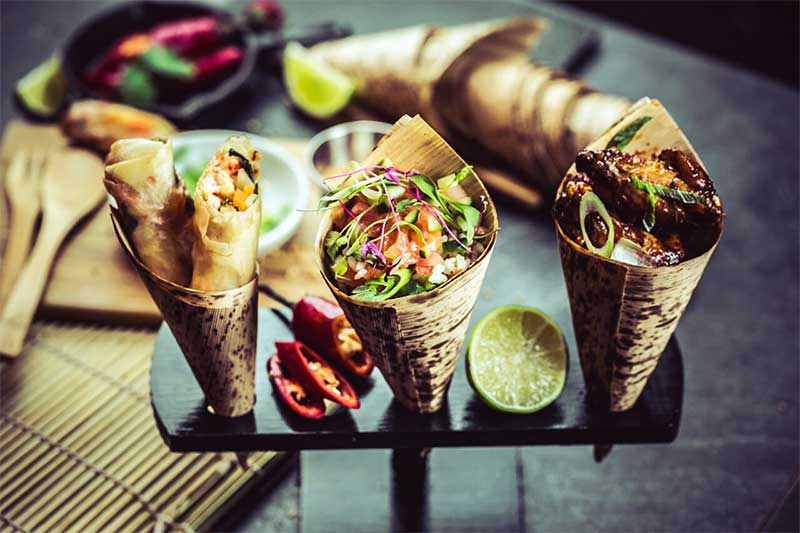 In a nutshell: Live music and food in cones.

Summing it all up: The folk behind Farringdon's Pianoworks have just opened a new live music venue with duelling pianos, cocktails and Asian-inspired food served in bamboo cones

Crikey, there's under the radar and then there's the opening without any hoopla at ALL. Farringdon based bar Pianoworks has just opened its second venue. Studio 88, just off Leicester Square is - in their words - "a non-stop, audience requested, live music experience in London’s Leicester Square."

It's a duelling pianos kind of place, so there are two singers at two pianos who, along with a band, play the music you request. Each table in the joint has a set of cocktail napkins on them. You write your request, pass it to the band and they'll play whatever (within reason) you ask for.

The food will be Californian cones based - so bamboo cones, served by usherettes, and stuffed with Asian-influenced food. If you're as old as Hot Dinners, you'll recall the cigarette girls at Quaglinos. This sounds like much the same thing.

If you've booked a table, for £25 you'll get a glass of Prosecco and six cones - ranging from miso glazed pork with a spicy coconut yoghurt to shitake mushrooms with kale, garlic, tamari and sesame seeds.

Up at the bar there'll be sliders, dim sum, dumplings and arancini on offer.

Where is it? 47 Whitcomb Street, London WC2H 7DH

How to book: Book online at http://studio88.bar/book-now/