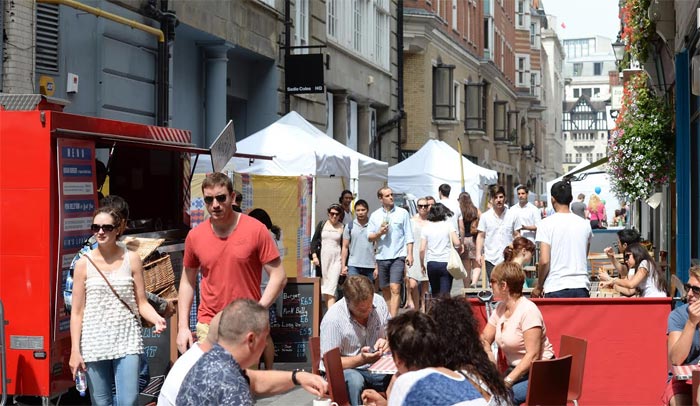 This Saturday it'll definitely be worth heading down Carnaby-way as their annual food festival kicks off. It'll mean that some of the best restaurants in the area take to the streets and a lot more besides.

The full line shows that there will be a Huge range on the streets for the day:

A lot of the above will have £5 taster dishes on offer and there will be some extra street food too, in the shape of The Sol Bruvvas, Liberty Cheesesteak Company and Cocoa Runners.

If you manage to tear yourself away from the stalls, there will be a demo kitchen too - as well as music, face painting, baloon scultpures and more. Plus it's all to support two charities, Trekstock and Action Against Hunger.

It runs on Saturday 11 July, from 12 – 7pm and entry is free. For more, follow @CarnabyLondon on Twitter.