Stevie Parle's Palatino brings a taste of Rome to Clerkenwell​ 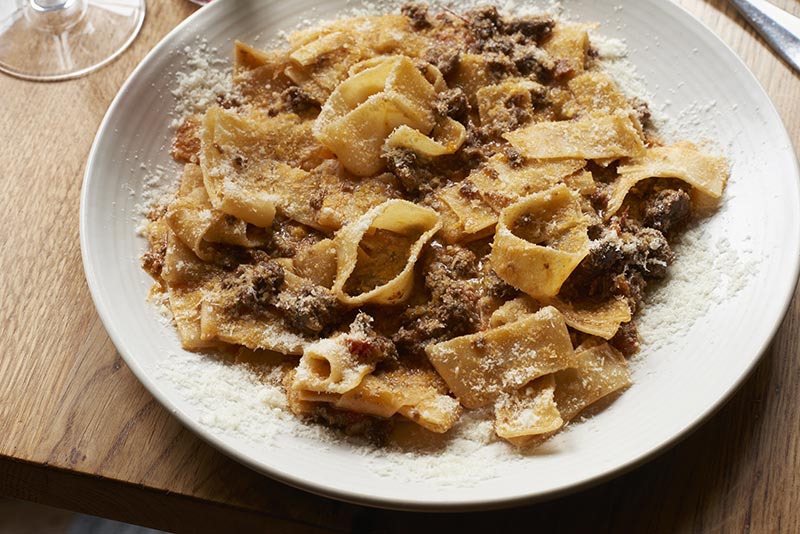 Stevie Parle, whole behind Craft, Rotorino, Dock Kitchen and Sardine, is turning his hand to his newest venture Palatino, a Rome-influenced restaurant in Clerkenwell (a place where it's all happening at the moment).

It will be taking Rome as a culinary melting pot of Italian cuisine, with recipes collected over many years and taking influences from Jewish diaspora, from the middle East and from further North (and South) of the city of Rome itself.

There’ll be old-fashioned dishes like fried sage and apple with honey, or chicken and pistachio meatballs with polenta and squash. Or you can go a bit more upscale, and feast on native lobster with chilli fennel, fried potatoes.

For those in the mood for slightly less archaic cuisine, there’ll also be plenty of pizza up for grabs, cooked on their in-house pizza oven.

And on top of that, all the pasta will be made fresh on-site each day and there’ll be plenty to choose from. Bombolotti ragu Palatino will sit alongside bucatini Amatriciana, and maltagliati with red mullet and tomato will be included on the pasta menu. You’ll be able to enjoy it as part of a traditional Italian antipasti, primi, secondi, dolci four course, or on its own with a glass of vino.

The wine list, naturally, is all Italian and will be split up into three categories: classic, unique and special, with the latter including rare vintages bought at auction or from highly limited production bins by those who know a thing or two about wine.

It’ll be Stevie Parle’s fifth restaurant, after starting out in the River Cafe and Moro, then going on to open Dock Kitchen, Rotorino, Craft London and Sardine.

Palatino opens at 71 Central Street, Clerkenwell, EC1V 3AG on 16 January 2017. There'll be a soft launch with 50% off until 21 January - for lunch 12pm - 3pm and dinner 5:30pm - 8:30pm. Book online at palatino.london. It’ll be open seven days a week from breakfast to dinner. To book go to Follow Palatino on Twitter @palatinolondon.