Steak, lobster and whisky on the menu at Hush's Blades 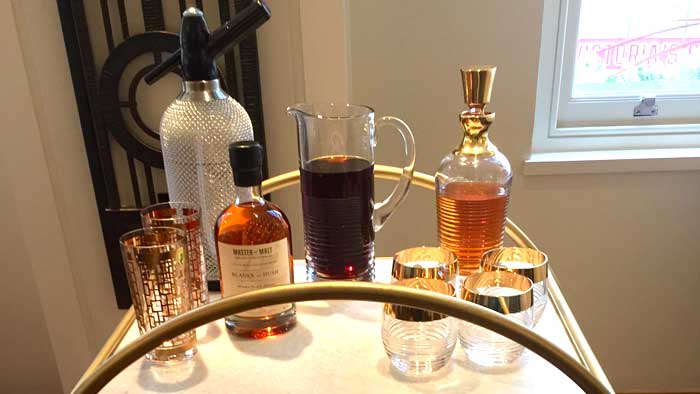 We rather like the sound of Blades - a new dining space at Hush in Mayfair. Housed in their Silver Room, think of it as a private member space that you don't have to be a member to get into.

Blades’ menu revolves around steak, lobster and craft whiskies. On the menu you'll find Cornish lobster served grilled, tempura or Thermidor. You can also pair a half lobster with Rib-Eye, Fillet or Sirloin. The steaks come with Blades’ own Bloody Mary Ketchup, or an array of sauces from Club Stilton Butter to Blades Blend Whisky Glaze.

As for the whiskies, the range includes a number of limited bottles of American, Japanese and Scottish handcrafted whiskies and Bourbons from “forgotten distilleries”. Their signature cocktail The Bowler features Blades’s own bespoke blended whisky, mixed tableside on an iconic golden drinks trolley.