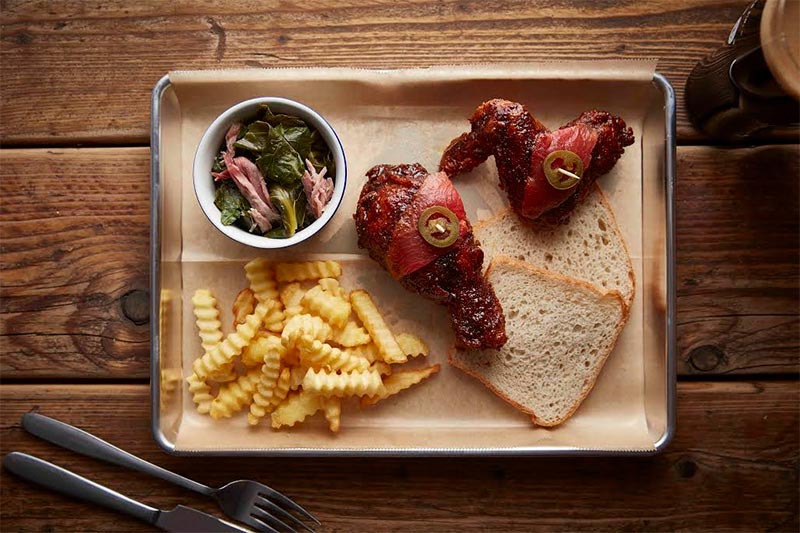 In a nutshell: Food, booze and hospitality from the Southern American States.

Summing it all up: Get stuck into comfort food like mac and cheese, or hot chicken, and get to grips with the new face of moonshine, plus plenty of imported beer, bourbon and Bloody Marys.

Hot chicken and liquor from the Deep South is on its way to Fulham courtesy of Stagolee’s, a new restaurant and bar.

The Texas and Tennessee natives behind the new joint will be offering up comforting treats like hot spinach dip with cheese and artichoke, baked macaroni and cheese, and of course, skillet-fried chicken, brined in buttermilk.

On the booze front, it’s American beers, bourbon, and Bloody marys as far as the eye can see, plus interestingly, plenty of moonshine. Moonshine’s a bit of a new one for London, having been originally created as bathtub hooch during US prohibition, and it’s gained a bit of a reputation as a mysterious, notoriously high-proof liquor. At Stagolee’s though, moonshine will be taking centre stage. They'll be using bottles like Strawberry Sugar Shine moonshine, imported from Kentucky, to whip up several cocktails. They include a sweet Vanilla MoonPie Moonshine cocktail, or their moonshine margarita, which they’re calling a Mountain-rita.

When does it open? 5 April