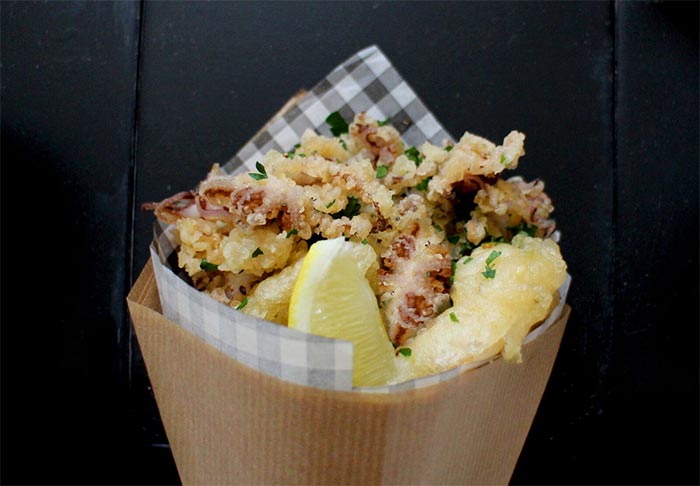 We're always partial to a bit of squid, so the latest residency to come to the King & Co in Clapham for September. Squid Kitchen will be bringing a number of dishes they've perfected as street food traders who specialise in Madrid-style food including, of course squid cones - and the menu includes:

Plus there will be Fiery Chorizo Stew, Godfather Peppers, special fish dishes on Fridays, and all-day Spanish breakfasts on Saturday and Sunday.

Squid Kitchen will be at the King & Co from 1 September to 4 October at 100 Clapham Park Road, London SW4 7BZ. Find out more from them on Twitter @squidkitchen