Smokestak are opening their first restaurant in Shoreditch 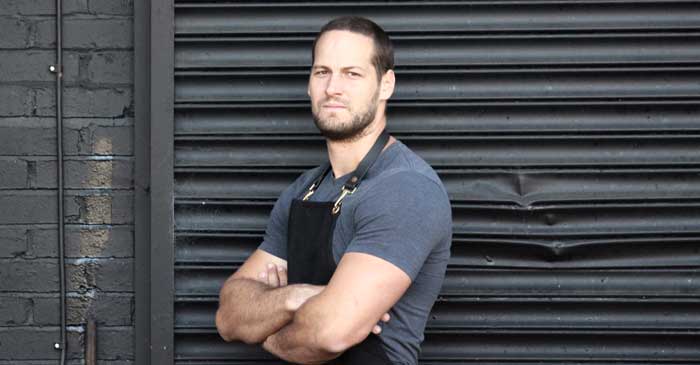 If you've been to Street Feast and tried SMOKESTAK's amazing food - you'll know just how big a deal it is that they've announced their first restaurant opening in Shoreditch.

The whole thing is the brainchild of David Carter, who used to run front of house at Gordon Ramsay at Claridges and Roka. In fact Hot Dinners can lay claim to being pretty much the first folk ever to try his food, as we used to be David's neighbours and saw his first ever public outing as SMOKESTAK selling 'cue to Arsenal fans in Finsbury Park.

So - to the restaurant. Here's what you need to know.

It's just off Brick Lane - and it's going to be a pretty decent size. It'll be spread over two floors with a ground floor restaurant seating 75 around an open kitchen and 30 more spots outside on the terrace.

There's going to be a bar - the cosy basement bar has room for 15 and sounds like an idea spot for a pre-dinner drink and bar snacks like 'Pigtail or oxtail', 'House pickles' and 'Pork scratchings'.

It's going to be one hell of a go-to place for carnivores - there'll be some new dishes:

Classics will also be on the menu including our favourite - the USDA brisket bun & pickled red chilli as well as Burnt end beans & brisket ends.  But there will also be some great sounding veggie dishes like Smoked cauliflower cheese and Grilled baby gems & parmesan.

The smoke and fire theme extends to dessert - pickled blackberry crumble will come in cast iron dishes straight from the fire and we are going to have to try the toasted oak ice cream, butterscotch and smoked sea salt.

The drinks list has a local theme - beers are from Dalston's 40FT, Kernel Brewery and Brew By Numbers and there'll also be a shortish wine list and cocktails too.

Much like the menu, the drink offering at the new SMOKESTAK restaurant will be simple and concise with four beers, six cocktails, and around 25 wine bins to choose from. Beers will come from David's Dalston neighbours and friends at 40FT, Kernel Brewery and Brew By Numbers.

SMOKESTAK opens 1 November 2016 at 11 Sclater St, Shoreditch, London E1 6HZ. You can book for tables of four or more on their website - otherwise it's walk-ins only. Keep up with their news on Twitter @smokestakuk