Slicer Decider returns for fifth year and here's who's competing 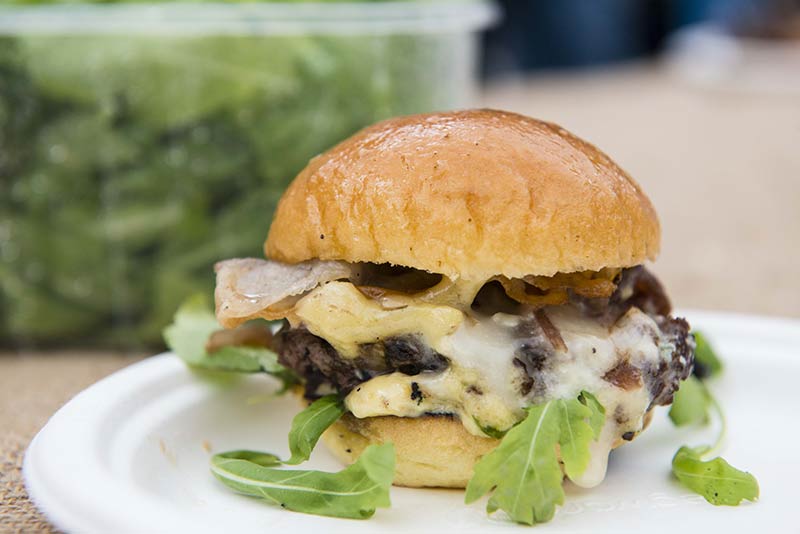 We love a good slider (or 10).They’re just oh-so-perfectly sized to snack on, and to fill up you have to eat *loads* of them - never a bad thing. It’s the kind of behaviour that we’ll be expecting from those who make it to London’s fifth Slider Decider competition.

Yes, the annual showdown to find the best slider in town is back for a fifth year, and once again they have a serious roster of names for guests to work their way through, including the Opera Tavern, Ember Yard, Cinnamon Kitchen and Smoke & Salt. It’s free to enter to see what's going on, but for £15 you’ll be able to try five of the sliders, which is really a very reasonable price especially considering some of the names on the line-up.

Chefs have definitely taken advantage of the one off event to express their creativity. Richard O'Connell of Tom’s Kitchen will be whipping up a smoked lamb merguez burger with coca cola onions, while Smoke & Salt are going for a bone marrow brioche bun with Wiltshire-aged chuck. And Ember Yard have completely thrown out the rule book with their fishy squid and mackerel burger with oyster aioli, served in a squid ink bun. There’ll also be a wild rabbit confit slider, a vegan shiitake and miso patty, and steamed dhokla bun Bombay lamb courtesy of Cinnamon Kitchen.

If you’re after beef though, or just something a bit more traditional and burger-y, you’ll also be in good hands. Jamie's Fifteen will be there with wagyu beef, Long Arm Pub & Brewery will have a Mexican-inspired beef chilli burger and Roast have *somehow* distilled their mega-roast beef burger into a slider size. Which with a roast potato bun, gravy, kale and red cabbage, sounds like it might be worth the trip alone.

The real question is, who’ll be the winner? After being crowned champion two years running (a winning slider pictured above), Adam Rawson has now ducked out to focus on his full-time sliders project - proof, if anything, that sliders can be so much more than just mini-burgers.

How to book: You can buy tickets on the day at venue.