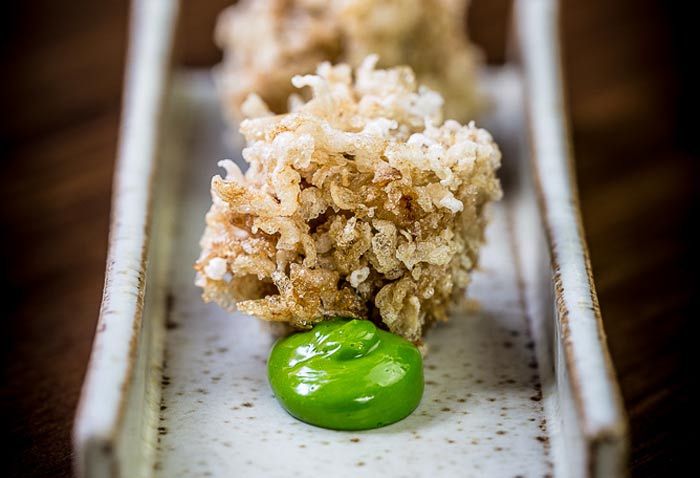 Simon Rogan's Michelin-starred food - at bargain prices? No, the sunshine hasn't gone to our heads - this really is true. The acclaimed chef is now putting on a series of bar snacks at his Claridge's restaurant Fera, at just £10 for three or £15 for all five.

Even better, you don't even need to book or put your name down on a three-month waiting list to enjoy them.

The bar snacks - which form part of Fera's a la carte menu - can also be ordered without having to commit to the full restaurant experience, and they sound just as amazing as the rest of Simon's food.

Here's a glimpse at some highlights from the current menu:

Rogan says he's created the snacks to reflect the "powerful connection between food and nature" - using seasonal, organic ingredients, many sourced from his 12-acre farm in the Lake District. Sounds like a splendid prospect to us - see you at the bar.

Fera at Claridges is at 49 Brook Street, Mayfair, London W1K 4HR, open daily. For more, follow them on Twitter @feraatclaridges.